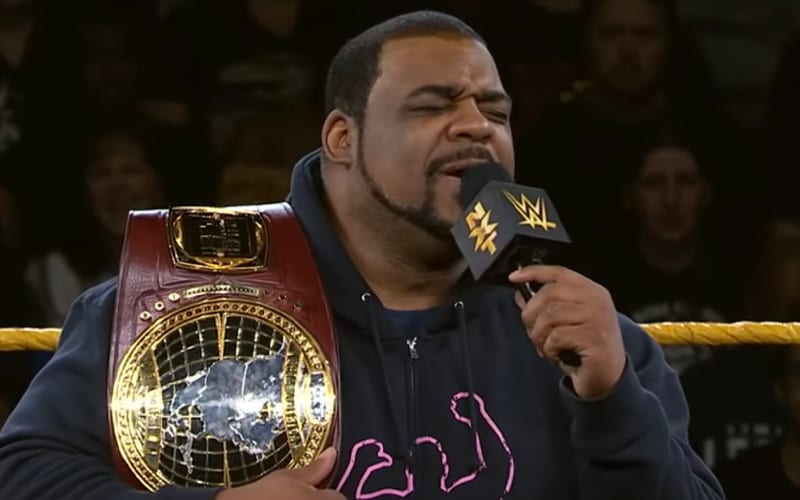 Keith Lee is set for possibly the biggest match of his career at NXT’s Great American Bash. There was already a spoiler for that match which you can check out here.

Lee’s look is unique, but his aura is undeniable. He became a focal point of NXT programming, and a proven draw as well. It wasn’t a straight-shot to the top of NXT for Keith Lee.

While speaking to Sports Illustrated, Triple H opened up about Keith Lee. He stated that Lee’s big presence creates a “moment-maker.” He is also a big reason to watch the NXT brand.

“Keith brings a big presence, and he carries such enormous respect with him. He is a moment-maker and a reason to watch, and he knows that, but he’s also super open to a different manner of doing things.”

Triple H discussed some frustration that Keith Lee had when he arrived in WWE. There were some “little gaps in his game,” but Triple H saw Lee’s limitless (pun intended) potential.

“When he first came in, there were some frustrating points. He wanted more, but I saw that ability. There were little gaps in his game, and the goal was for us to help him to be even more huge. He has limitless, pun intended, talent, with all the tools and ability, but we wanted to sharpen him up first before we let him loose. The second you let him go, as you see now, no one can take their eyes off him, everyone is watching.”

Keith Lee wanted more out of his time in NXT and he just might get it. The Limitless Lee has the opportunity to leave the Great American Bash as both the NXT Champion and NXT North American Champion. That would be quite a notch in his belt.

Ringside News will have complete coverage of the Great American Bash. The show starts at 8:00 PM EST and will directly compete with AEW’s Fyter Fest.