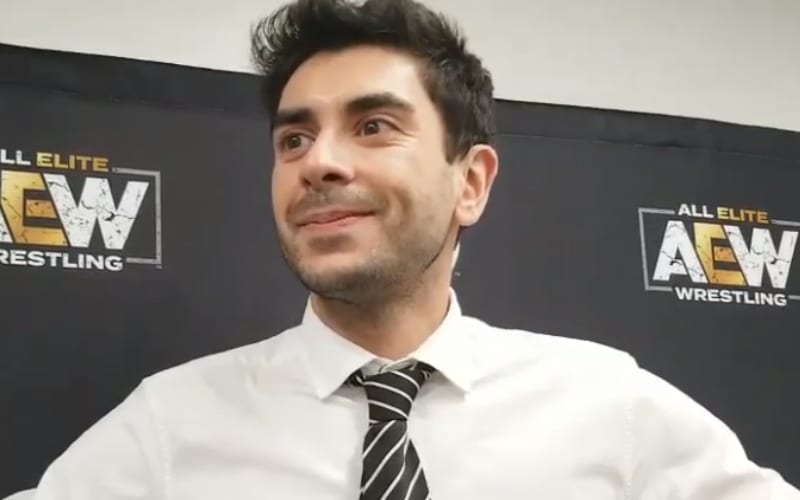 AEW booked an Eye For An Eye match on February 20th 2020 between Jon Moxley and Santana. WWE booked the exact same match for July 19th between Rey Mysterio and Seth Rollins. People noticed.

Chris Jericho tweeted out with a graphic from that February 20th match. He said “you’re welcome.” He didn’t want anyone to forget that AEW did this match first.

Tony Khan obviously saw this match when it was booked. He’s a wresting fan so he probably read the initial report about the match when it broke. This was something he refrained from commenting on until now.

Khan picked an animated gif from Spider-Man where Norman Osborn played by Willem Dafoe spoke a line in the 2002 film that was very gif-worthy. “You know, I’m something of a scientist myself.”

We’ll have to see how WWE’s presentation for their Eye For An Eye match is any different from AEW. The Horror Show at Extreme Rules has a match with a lot of stakes attached. WWE confirmed today that the winner will be the one who can “extract” his opponent’s eye from their head.