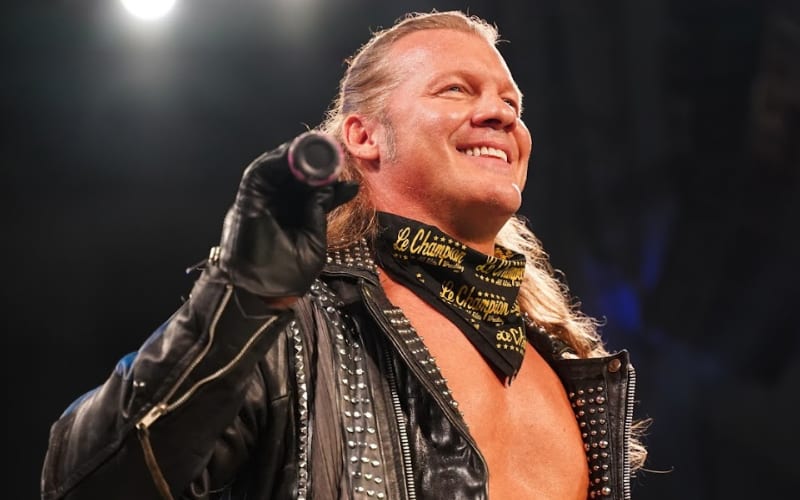 A lot of fans who watch both WWE and AEW immediately perked up when they heard Rey Mysterio book an Eye For An Eye match. Chris Jericho recognized the idea as well, because he’s already seen that match this year.

Chris Jericho tweeted out on the afternoon after WWE made their Eye For An Eye match official for The Horror Show at Extreme Rules. He didn’t have much to say, but it got the job done.

Jericho took credit for the idea while saying “you’re welcome” at the same time. He also included the date in which that same match concept went down on AEW Dynamite on February 20th, 2020.

Jon Moxley and Santana battled in a very similar match to the one that Rey Mysterio and Seth Rollins are about to have on July 19th. Of course, AEW didn’t make either of their stars actually pull their opponent’s eye out of their skull.

WWE made it very clear that the winner at The Horror Show at Extreme Rules will be the first to mutilate the other’s body by “extracting” their eyeball.