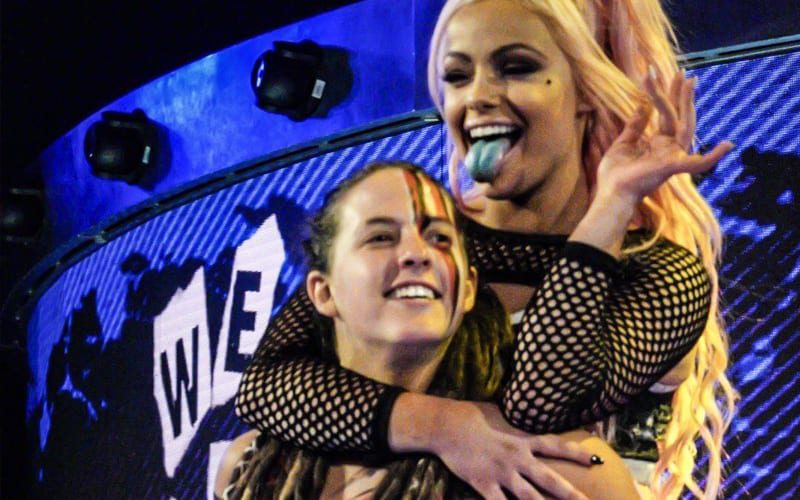 Sarah Logan had very happy news to share with the world today. She is expecting a baby. Naturally, she’s going to get a lot of love after an announcement like that.

Liv Morgan, Sarah Rowe’s former Riott Squad stablemate tweeted out her excited congratulations to the Rowe Family. Raymond Rowe, Erik of the Vikings Raiders and Sarah are going to be the “BEST parents” according to Morgan.

Sarah and Ray may be the BEST parents, but Liv Morgan also promised that she’s going to be the cool aunt.

congratulations !!!! You guys are gonna be the BEST parents and I’m gonna be an auntie !

We can only imagine how Liv Morgan is already planning to play her part as cool aunt. That child is likely to have a lot of very interesting people around for their entire life.

This is great news, and now we might know why Sarah Rowe announced that she’s leaving pro wrestling. We’re sure that plenty more congratulations will continue to flood in for some time.