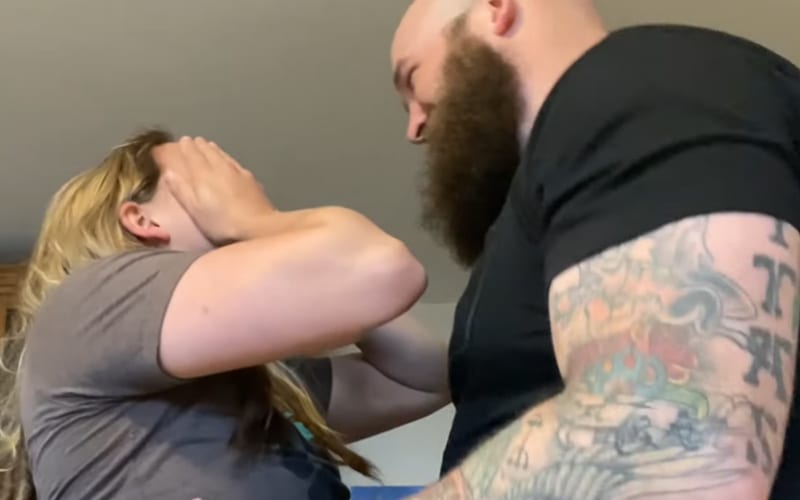 Sarah Logan said she had a big announcement waiting for today. She finally dropped it, and it was quite an update for fans.

Logan and her husband Raymond Rowe, Erik of the Viking Raiders are expecting a baby. They dropped the announcement via YouTube this morning. The video included the moment they discovered the pregnancy.

Since her WWE release, Sarah has gone by her real name Sarah Rowe on all social media. She also announced that she is leaving the pro wrestling business. Now we know a big contributing factor to that decision.

They will soon hear the pitter patter of little Viking feet in their home. Congratulations to Sarah and Raymond from everyone here at Ringside News.