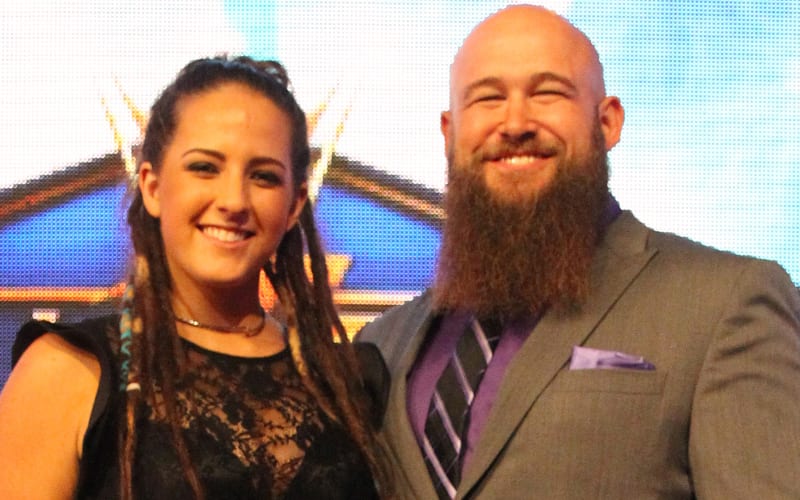 Sarah Logan was released from WWE, and then she stated she’s leaving pro wrestling. A huge career announcement is coming tomorrow, but we’ll have to wait and see what it is.

Erik, Sarah Rowe’s husband and 1/2 of the Viking Raiders tweeted out to hype his wife’s announcement. He stated that people keep asking him what Logan is going to reveal. He suggested that everyone tune in to Wild And Free TV tomorrow and find out.

People keep asking us “what is Sarah doing next??”

Find out TOMORROW on thewildandfreetv when she makes her official announcement !!

Sarah Rowe probably told Erik what her big announcement is, but she might not have informed him that she also changed her Twitter account. He tagged her old WWE profile, but now she has changed her name to @SarahRowe.

We’ll let you know what Sarah Rowe’s big announcement is as soon as we can right here at Ringside News!