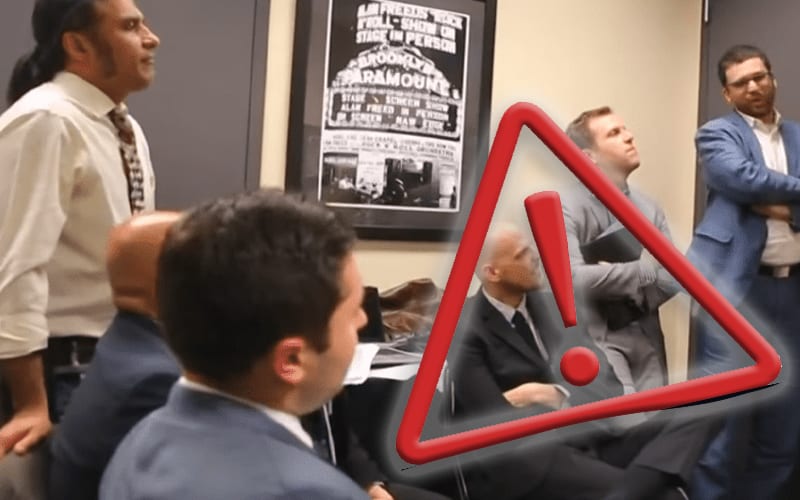 We exclusively reported earlier today that the writing process is “falling apart” backstage in WWE. Vince McMahon hadn’t approved the second Raw script despite having all writers’ assignments for days.

Ringside News has learned that Vince McMahon just approved the script for the second Raw show at around 1:00 PM EST today. This put them in a major crunch for time.

It was additionally told to us by a source backstage that “they just finished it, but producers still don’t have full details on some key segments.” Things aren’t running smoothly backstage in WWE right now.

The backstage collapse is partly to blame on Paul Heyman’s firing as Executive Director of Raw. Since his exit the atmosphere has been described as “leaderless” as McMahon pushes his own ideas without any resistance.

Paul Heyman’s mantra was to collaborate with Vince McMahon and “inspire him” as Ringside News exclusively reported. Bruce Prichard’s idea is much different as his presence has been described as a Cheshire Cat who is there to tell Vince McMahon jokes during creative meetings.