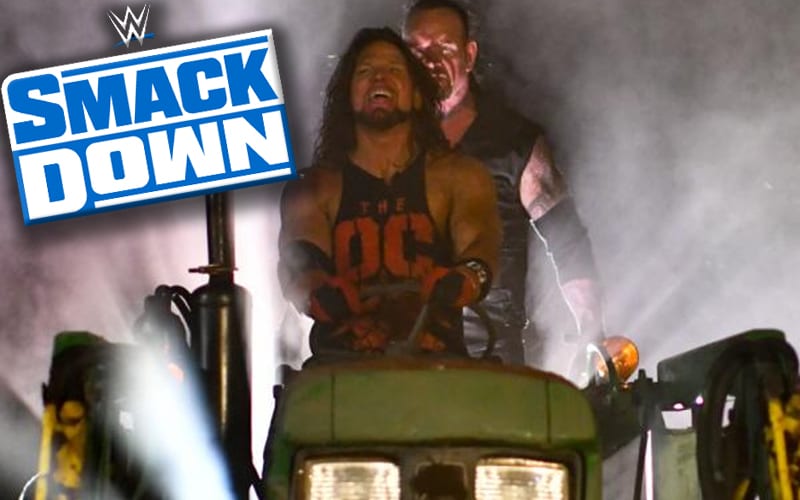 WWE is airing a very special tribute to The Undertaker on SmackDown this week. The timing seems appropriate considering the final chapter of The Undertaker’s Last Ride docuseries debuted last week. There is another reason why WWE made the decision to air a Deadman tribute.

Ringside News has learned that FOX wanted WWE to air the full Boneyard Match on the Friday Night SmackDown following WrestleMania 36. Vince McMahon “wouldn’t put the match on TV” at the time. They did promote it and air snippets.

Now FOX will finally get the 35-minute Boneyard Match on their network along with plenty of other Undertaker footage. It was previously reported that the Undertaker Tribute will take up about half of this week’s episode.

WWE had to cancel today’s Raw tapings due to what was described to us as a “leaderless” mess of “mass confusion.” It was also confirmed to us that the current plan is to record Raw on Saturday which confirms John Pollock’s previous report.

There is no word on what WWE plans to do about the following week’s episode of Raw which was scheduled to tape on Saturday.