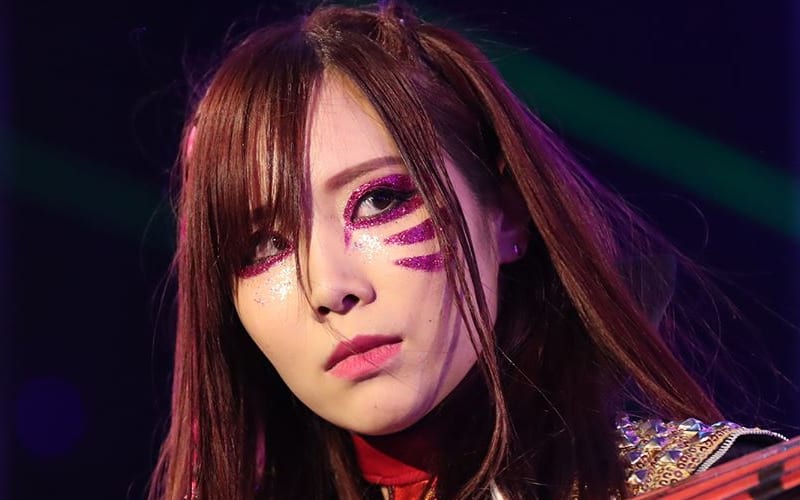 Kairi Sane is not wrestling for WWE right now. She’s been out of action since Nia Jax pushed her into the steel ring steps and busted her head open. There were apparently already plans for Sane to retire.

We previously reported that Kairi Sane was making plans to return to Japan with her husband. Those plans for Sane’s exit were initially supposed to include picking a SummerSlam opponent for Asuka, but Nia Jax ruined that.

The Wrestling Observer Newsletter reports that Sane was already planning on retirement. The 31-year-old WWE Superstar was reportedly going to wrestle for a year in Japan following her WWE contract expiration before hanging up her boots for good.

There had been talk that once her contract with WWE was up that she would wrestle one more year in Japan and then retire.

It was noted that there has been no talk of her retirement “as of late.” We also never know if Kairi Sane’s mind is made up about the subject.

We’ll have to see what’s in Kairi Sane’s future, but she likely won’t be back on WWE television for a while.