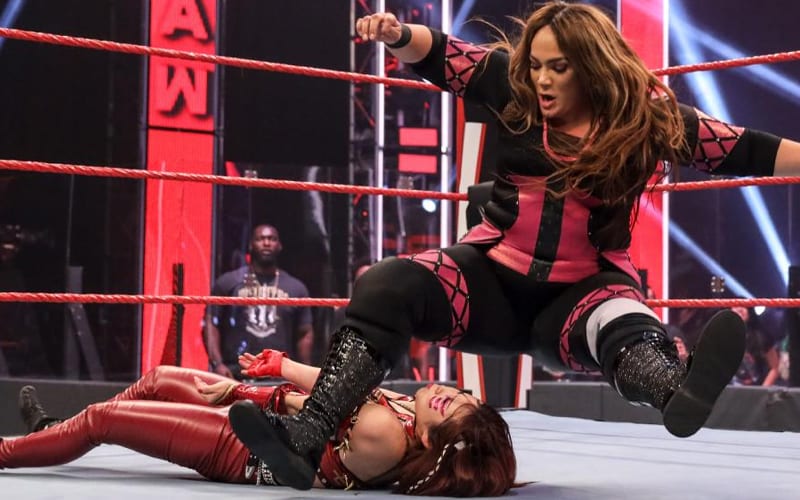 Kairi Sane and Nia Jax have battled twice in recent memory where it ended poorly for Kairi Sane. Nia Jax is after Asuka’s RAW Women’s Title, and Jax really sent a message this week when a match aired that needed to be edited due to blood and guts.

Sane was whipped into the ring steps and she was busted open. WWE had to cut around the blood and injury to make the match seem like it flowed much better, when in reality it was paused. Kairi Sane needed to be cleaned up after a bloody injury that some backstage are blaming 100% on Nia Jax.

The Wrestling Observer Newsletter reported that one veteran backstage pointed the fault toward Jax.

“She didn’t whip her, she grabbed her by the head and threw/shoved her. It was 100% Nia’s fault. She never let Kairi find her balance after pulling her out of the ring, she then pushed her head down so Kairi would be unable to see and then threw her forward hard head first off balance towards the steps. Kairi has zero chance.”

Another staffer backstage in WWE stated that “It did look to be 100 percent her fault.” Nia Jax got a lot of heat from fans before they even saw it. WWE tried to make it seem like it wasn’t that bad. Hopefully, Kairi Sane won’t miss any time due to her bloody injury on RAW.