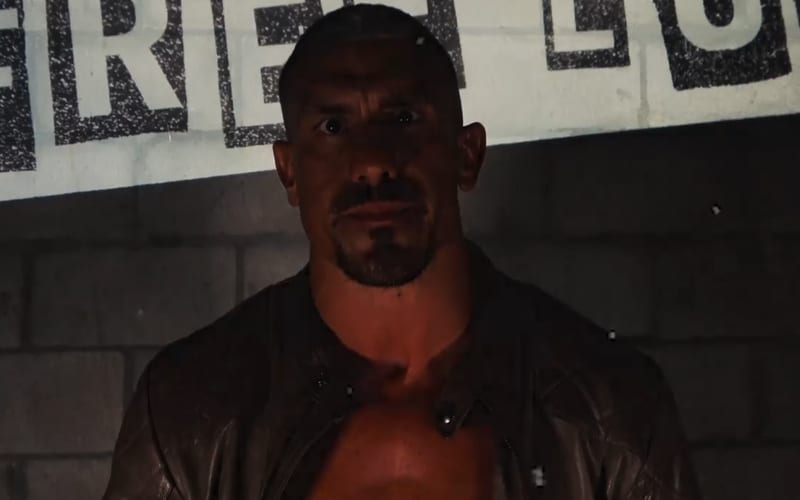 EC3 dropped a promo last night where he was able to insert plenty of AEW references in the middle of what he was saying. This was a clever way to get attention, and it worked.

Impact Wrestling teased EC3’s debut by playing his music during a portion of the show when it wasn’t expected. EC3 also teased his own return to his old stomping grounds.

This new promo from EC3 seems to signify that his message applies to All Elite Wrestling as well. He laid down some pretty straight-forward references in the middle of this promo.

“You can spend your whole life letting people tell you what to do, dictate your path, choose your fate. Do you decide your future? Or is it chosen for you? We are living in unprecedented times with lockdowns, quarantines, terror in the streets. We are living an American nightmare,” EC3 says. “From coast to coast, Maine to So Cal, uncensored chaos and confusion reigns supreme. You walk outside and it feels like you’re in the jungle, boy! You fear the revolt is coming to you if you don’t adhere to the group thinking. You feel like you’re left out to hang, man. The natural state of things has fallen into this dark order and you plug away day after day like a gear in an f’n machine. Society is broken but now is the time you keep your inner circle small, you do not have best friends, you can only trust yourself.

“And it doesn’t matter if you’re an old man or a young buck, you speak your truth. You stand tall, exalted,” EC3 continues. “You rise like a phoenix, you carry yourself with moxie and seal it with a sunny kiss. Now these bastards may criticize you, they may mock you, they may cancel you, hell, they may even imitate you poorly. But you never give in, you never apologize. You put the word ‘sorry’ back into that dictionary and you throw it into the library, into it’s face, because it is never the end! There is no omega when you are an alpha. You think for yourself, you fight for yourself, you control your own narrative. And if you don’t, then you’re just part of the con. You are more than elite, you are free, and they have been warned.”

The caption EC3 included with his message stated: “Twitter is a sewer. I’ll put this content on here later, but for now it’s here.” He posted this video to Facebook first while saying that he’s “sure algorithms will treat this post far.”

This is a very interesting turn of events. EC3 is waiting until July 18th when his non-compete clause expires like everyone else. Perhaps he is keeping his options open.

Would you rather see EC3 in AEW or Impact Wrestling? Sound off in the comments below!