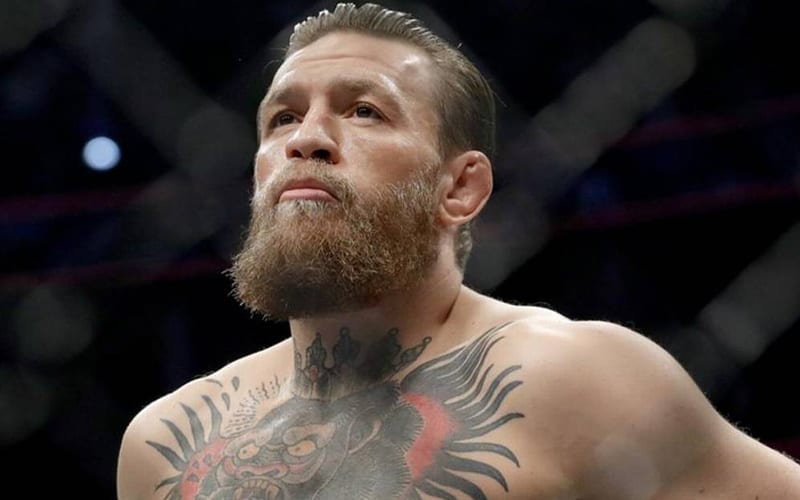 Conor McGregor hinted at joining WWE in the past. Now Notorious issuing a new challenge.

The “retired” UFC Fighter was featured in an Instagram story posted by The Mac Life, a website he started. The site features news about fighting nutrition, and other interests. They also feature tons of Conor McGregor content.

This photo of McGregor posted to The Mac Life’s Instagram story featured Notorious holding both the UFC Title and the WWE Title. This was a pretty big hint, but the caption for the photo said a lot as well.

All of the belts [fire emoji] Do you think we’ll ever see the McGregor billi strut in the WWE?

This post also tagged Stephanie McMahon. There is obvious interest there because Conor McGregor is a huge name. It’s unknown how serious either side is in actually doing anything with each other at the moment.

Things are changing around WWE all the time. It’s hard to nail down plans and the COVID-19 pandemic isn’t making things any easier. Perhaps Vince McMahon could alter some big SummerSlam plans if they can make something work? If anything, Conor McGregor certainly got everyone’s attention once again.