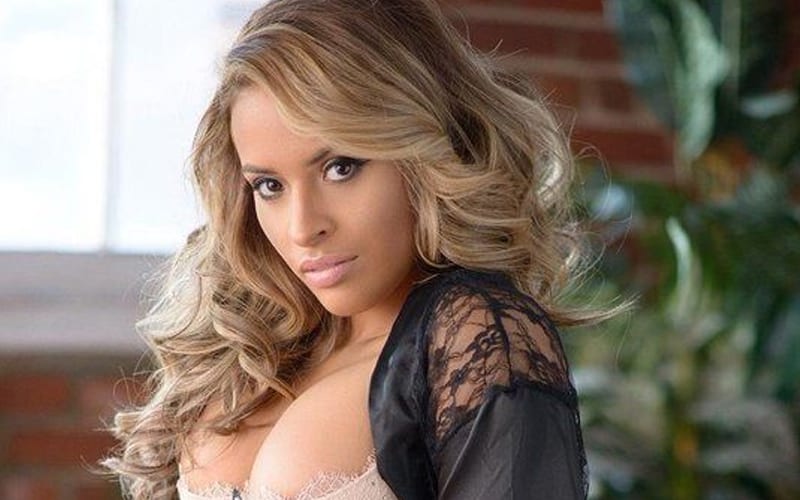 Zelina Vega is a featured performer on WWE RAW practically every week now. There was a time when she was fighting to gain attention like so many others.

Vega spent time elsewhere prior to her run in WWE. She tried out in 2010, but it didn’t work out for her. Sometimes you have to try again to find success. During Vega’s first WWE tryout she also gained some good friends.

While speaking to The New Day: Feel The Power, Zelina Vega discussed her first WWE tryout ten years ago. It was led by some notable names including AJ Lee. She also became friends with “everybody” there which allowed them to keep in touch.

When the time came for Zelina Vega’s next tryout she was even more ready. They were also able to convince her to dye her hair blonde.

“It’s weird, because my first tryout ever was in 2010 at FCW with AJ [Lee] and Naomi, Norman Smiley and Steve Kern were like the ones running the tryout. And from then on, like The Usos, I just became friends with everybody. And we just kind of kept in touch for a long [time] … and then fast forward, I had tryouts almost every year. And it was just like, ‘No, you’re too this,’ ‘No, it’s too this.’ And you know, then I just tried to change whatever it was that I was ‘too’. So it was like, ‘Oh, your endurance isn’t up enough.’ Okay, the next year I came back, I tried to up my endurance some more. ‘Oh, try your hair blonde’ I remember when the thing was to make me blonde because I reminded them of Trish [Stratus]. And they were like, ‘Yeah, go blonde.’ And during my Rosebud time, that was when I was blonde.”

Vega’s first WWE tryout didn’t result in a job, but she obviously didn’t give up. It’s hard to imagine Zelina Vega going with a blonde look in WWE now, but it worked for her at the time. It even saw her as a Rosebud.

We will have to see what’s next for Zelina Vega. She would like to find herself wrestling far more as well. Perhaps that will happen for her eventually, but right now she is valuable as a manager for Andrade and Angel Garza.