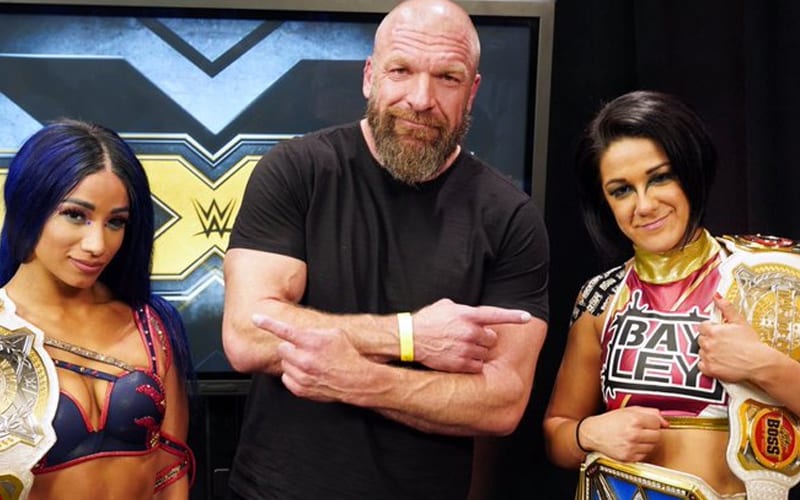 Triple H will typically take a photo with someone when they make their NXT debut or pull down a title. He recently found the time to snap a picture with the WWE Women’s Tag Team Champions.

Sasha Banks is set to take on Io Shirai tonight at The Great American Bash. You can click here for our complete coverage of night one. Banks is back in NXT, a place she believes the 4 Horsewoman made.

Triple H had time today so he took a photo-op with Sasha Banks and Bayley. The SmackDown Women’s Champion won’t be wrestling at the Great American Bash, but she’ll be in The Boss’ corner. Bayley sent out this photo with a clever caption.

Sasha 3 Shows will prove that tonight at the Great American Bash. We’ll have to see how she does against Io Shirai. Those two could have quite a contest against each other.