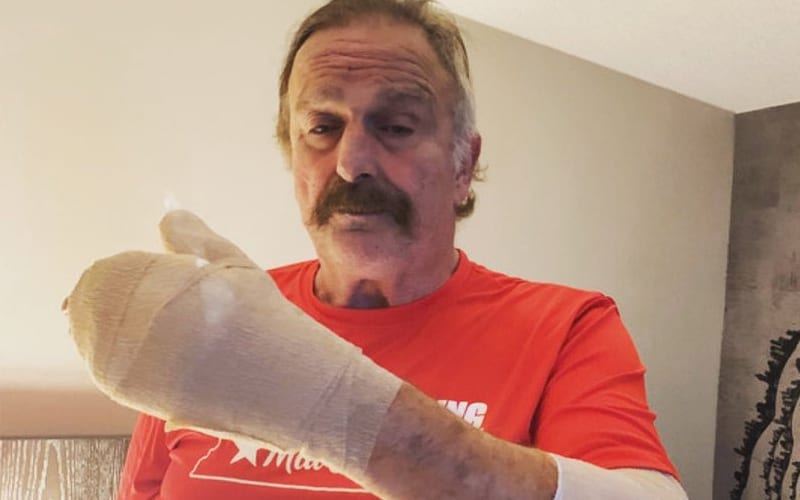 Jake Roberts was a featured performer alongside Lance Archer on AEW Dynamite. Suddenly, he was off television and needed surgery.

A gruesome photo Roberts posted looked like his hand was stitched together using multiple hands. It was quite a sight, but it wasn’t an accident like some speculated. He needed to have work done.

While speaking to Wrestling Inc, Jake Roberts revealed that he needed to have surgery on both his hand and his wrist. “A couple of ligaments” needed to be cut and his finger was “remodeled. Carpal tunnel didn’t make it any easier.

“I feel pretty good just getting over a surgery… on my hand and wrist. I had to have a couple of ligaments cut and my little finger remodeled. Then it was carpal tunnel and they snipped the ligament in my elbow also. Fun and games – wear and tear.”

Jake Roberts put a lot of wear and tear on his body over the years. He didn’t mention how soon he will be able to make a return to AEW television. Lance Archer will be waiting on The Snake whenever he’s ready to go once again.