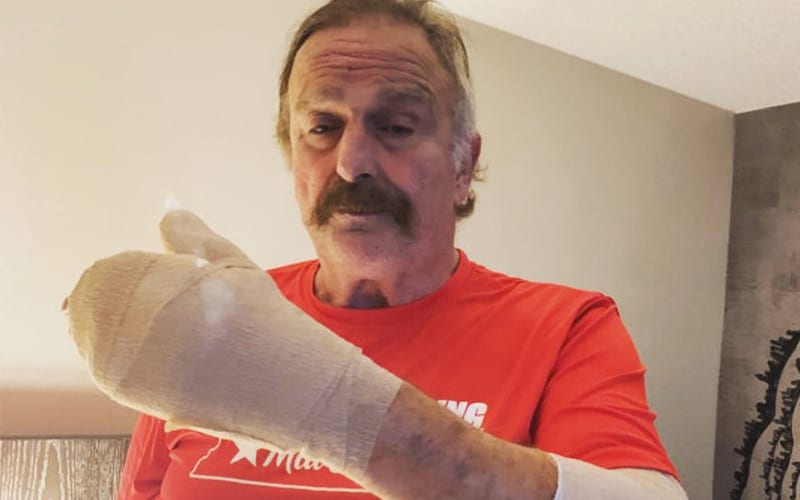 Jake Roberts appears on AEW Dynamite alongside Lance Archer. The next time we see him The Snake might be in a cast.

Roberts revealed that he had to have surgery recently. He didn’t reveal what kind of surgery he had, but it apparently kicked his rear as he put it.

This was a part of an announcement that a planned comedy show needs to be rescheduled. He used #SurgerySucks in the tweet, so it seems legitimate.

RESCHEDULED!! Hey Guys, I’m sorry to do this, but surgery kicked my rear. Our hosts @eastvillecomedy have agreed to help us out Saturday 20, [email protected]

Hopefully, Jake Roberts is able to heal up quickly. He is valuable for AEW as his promos have been able to do a lot to help Lance Archer’s character.