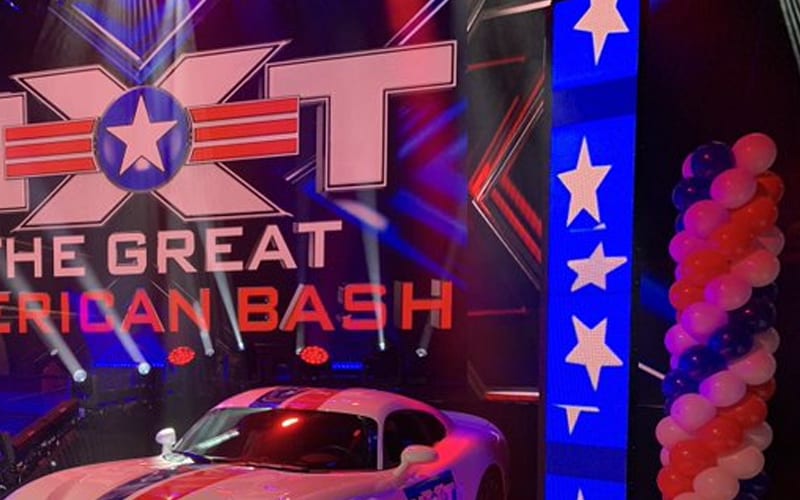 WWE NXT is holding the Great American Bash tonight. Night one should be a loaded show. You can check out the line-up here.

We will have full coverage of the Great American Bash right here at Ringside News.

Cody Rhodes hoped that WWE will do something special with the Great American Bash event. We’re not certain about what they have planned, but NXT did dress up the set a bit for this special event.

You can check out a photo below that Daniel Vidot uploaded to Twitter. They parked a car on the set and everything is in patriotic colors. They also installed some balloons.

Let’s see if anyone ends up going through that car’s windshield before the two-night event is over.