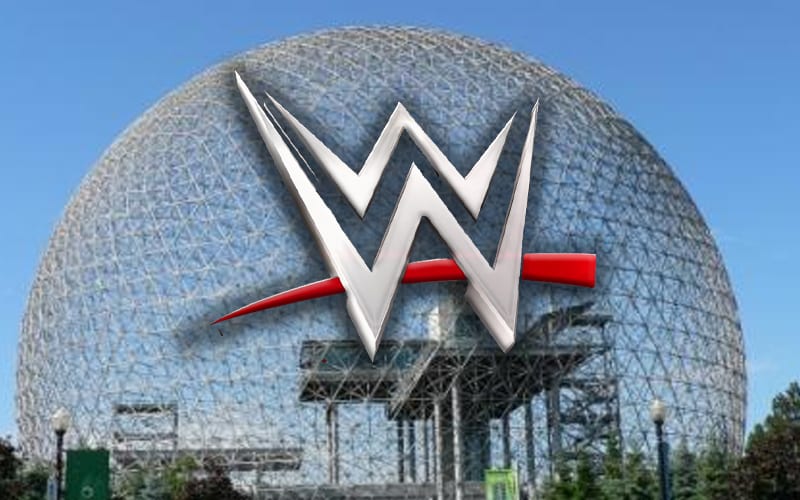 WWE did not test for the novel coronavirus until a developmental student in the Performance Center crowd tested positive. The company then ordered that every Superstar, staff, and executive needed to have a COVID-19 test. Several positive results were discovered.

The company is taping again at the WWE Performance Center this week. They plan to record two episodes of Raw on Friday, and SmackDown is planned to see two week’s worth of programming taped on Saturday.

WWE just recorded content this week, but they couldn’t tape everything they needed. The plan to record two week’s worth of television for each show didn’t work out. There were delays due to COVID-19 tests not coming back in time. It was described to us as “a mess.”

Ringside News has learned that the idea of establishing a biodome isn’t foreign to those in the company. In fact, some really want to see what happen.

While speaking to a longtime WWE employee, the idea of a biodome was suggested as a wise investment for WWE to make. Some might call this “a bubble.” The immediate response we received was: “No sh*t! That would be great, I wish they would do that!”

Setting up a biodome for WWE would eliminate travel, remove fans, and also establish measures to make sure Superstars and staff cannot easily transmit COVID-19. Other sporting leagues have looked into something along these lines already.

A biodome does not have to be a physical dome. They simply need to set up secure locations that only they have access to. Doctors would need to be brought in to advise the company. Strict protocol of who is allowed in would also be required. In certain situations, someone’s family can also reside with them inside a biodome.

WWE has not hinted at any plans to establish a biodome in order to tape their content. Vince McMahon’s net worth grew nearly 10% since the COVID-19 pandemic started. WWE is also seeing huge profits. At this time, the company is going to continue on their current path.

It would be a lot of effort for WWE to set up a biodome to protect against the novel coronavirus, but it’s not impossible.