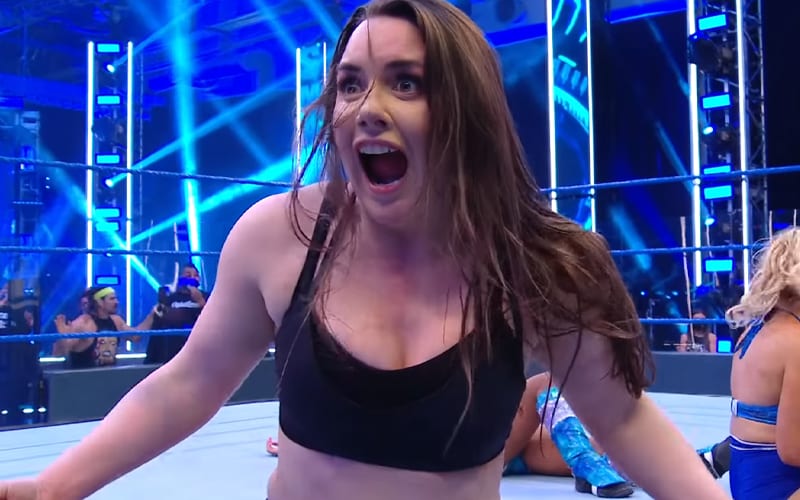 Nikki Cross won a big match on Friday Night SmackDown that clinched a spot at Extreme Rules. She did so with a busted zipper on her gear that almost caused some issues.

Cross won a hard-fought match, but she revealed that there was a bit of an issue when getting to the ring. Her entrance at the WWE Performance Center was so “physical” that she broke the zipper on her top. This is why she ended the match with less clothing on than usual.

Nikki Cross will face Bayley at Extreme Rules for the SmackDown Women’s Title. This will be a big opportunity for Nikki Cross. Hopefully, she will double check her gear before the match so she has one less thing to worry about while going for the title.

WWE Extreme Rules will be July 19th. As Ringside News exclusively reported WWE needs to change the line-up for the show. We will have more details as soon as they are made available.