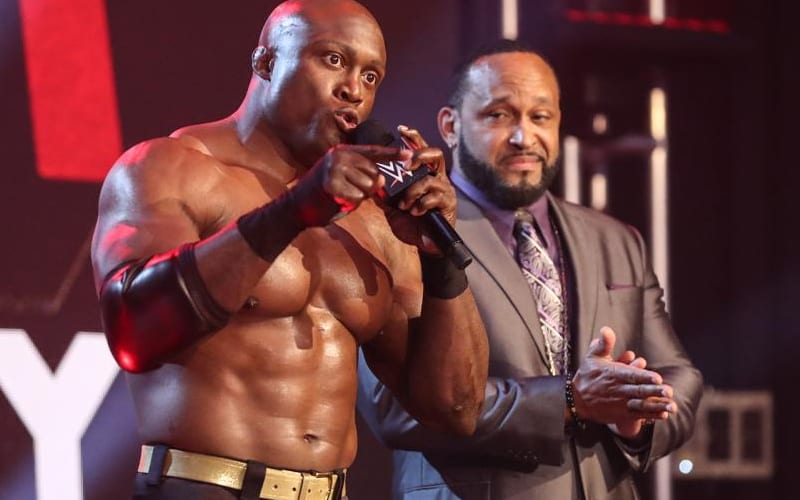 There are a lot of moving pieces backstage in WWE. Paul Heyman was a big piece that Vince McMahon recently moved out of play, but he did a lot while he was executive director of RAW that is still taking shape today.

Bobby Lashley and Lana’s act broke up, but the All Mighty fell right into a team with MVP. This was a natural fit as he told D-Von Dudley’s Table Talk.

Paul Heyman had an idea for Bobby Lashley and MVP. It didn’t materialize overnight, but WWE was able to position Lashley and MVP to where it made sense that they carry on together.

“We did our little stint back in Impact,” Lashley noted. “It was one of those things that we threw together, and I thought it went really well. I was excited because the chemistry we had was natural. He and I are friends, so the things that we do on camera is the same thing we do off camera, but they gave us this opportunity to play with it a little bit. When he came here, I think MVP was just coming to do the MVP Lounge. He had a son, and he wanted his son to see him under the lights one time.”

“Paul Heyman came over to me. He was like, ‘what do you think about MVP?’ I was like, ‘it’s a no-brainer. Yeah, I would like to work with MVP. I’ve worked with him in the past. What are we gonna do?’ He said, ‘I don’t know, but I think it’ll be good.’ Every week after that, people kept coming up to me saying something, but I didn’t know what it was gonna be. I was for it. Like I said, me and him are really good friends and whatever we do is more natural, which is contradicting to anything we did before. I think right now, it’s working really well, and I think it’s gonna be so much better.”

It appears that WWE dubbed Lashley and MVP’s union as “The Hurt Business.” Whether they keep that name around remains to be seen.

The two are a natural fit, and it is apparent that they get along. Paul Heyman might not be Executive Director of RAW anymore, but Bobby Lashley and MVP are likely to continue receiving a focus for some time to come. 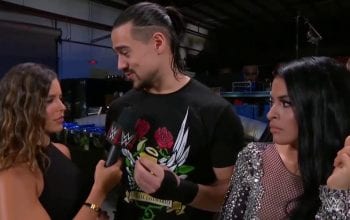