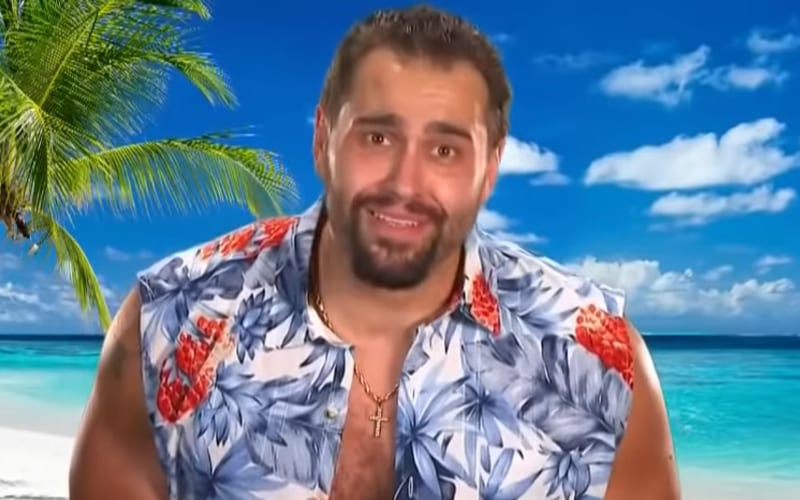 Rusev is no longer with WWE, but he’s not just sitting around and waiting for his 90 day non-compete clause to run out. Miro now has a Twitch channel and is still very active on social media. He even did a Wipe It Down video with Lana. Where will he wrestle next?

If you ask Miro’s good friend Ryback, AEW is the place for the Bulgarian. During Conversations With The Big Guy, Rusev spoke about all the value that Rusev could bring All Elite Wrestling. This includes his massive social media following who would certainly be alerted to his recent activity.

“I love what they’re doing. They would do nothing but benefit from adding the right people added into that roster as they continue to go along, and I think Rusev is going to be one of them. I really, really do. You bring a guy like Rusev that has millions of followers on social media and say you’re going to get a small percentage of that. Maybe you get 30,000 people that are watching that weren’t watching before. That’s 30,000 more people that are watching with that guy on TV.”

“Maybe it’s higher, I don’t know, but you have to look at it like that where you can get new eyes and those new eyes will become fans of the guys who you have and become familiar with them. You just continue to build because I think AEW has the potential to surpass WWE in time in the ratings, on the RAW and SmackDown side of things. They’re just so early on, so we kind of just have to wait and see. But, they’re staying on top for the time being.”

30,000 people could become AEW fans if they bring in Miro, at least that is Ryback’s estimation. You also have to wonder how many of those fans are already watching AEW, but it would still bring a lot of eyes to All Elite Wrestling to snag the former WWE Superstar.

Miro could also neither confirm nor deny that he’s speaking to Impact Wrestling about coming in for Slammiversary.