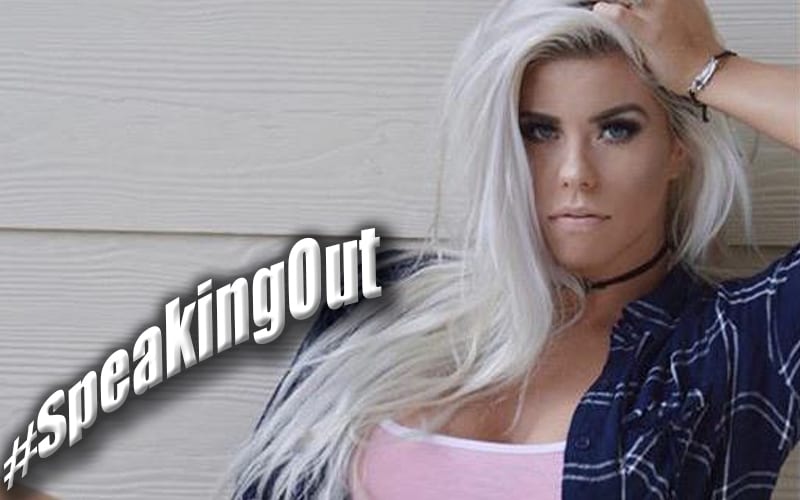 The #SpeakingOut movement wants to create a safe space in the pro wrestling business. A lot of stories have come to light in the past few days. Barbi Hayden has something to say about the intentions behind some of those posts.

The former Impact Wrestling Knockout and current Women Of Wrestling star tweeted out her disapproval of people using the #SpeakingOut movement to seek revenge. She stated that cheating, jealousy, and name calling is in no way the same category as sexual assault.

Let me say this a little louder for those in the back:

IF YOU AGREED TO HAVE SEX WITH SOMEONE BUT JUST WANT REVENGE NOW ON THAT PERSON SO YOURE ABUSING THE #speakingout MOVEMENT.
GTFOH

Do NOT put cheating, jealousy, or name calling in the same category as SEXUAL ASSAULT

A lot of stories have already been revealed and more are likely to come. Barbi Hayden hopes that these allegations are all serious and none of them are posted for the wrong reasons. It would be a shame to taint a movement like this with personal agendas.

Keep checking back with Ringside News for constant updates about this on-going situation.