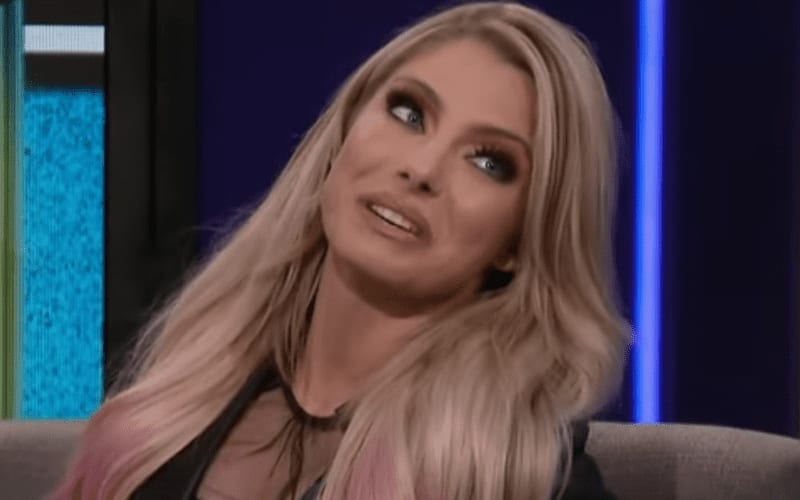 Alexa Bliss has received a lot of opportunties in WWE so far. Now she’s getting a chance to speak her mind even more.

While speaking with Fox Sports, Bliss confirmed the release of her new podcast. It is coming in July, but we might see an episode drop this month. It sounds like they’re ready to release some new WWE Superstar and celebrity interviews with Bliss asking the questions.

“I have a podcast coming up soon, Uncool with Alexa Bliss, it’ll be coming out I think in July, like later July, or maybe June, I don’t know, one of the two. I think July. It’s a lot of fun, I interview a lot of WWE superstars, celebrities, musicians, and we talk about what they were like before they wee famous, before the fame, like how uncool they were. Basically because of everything going on, I’ve just been stockpiling all of the interviews and then I’m gonna release them a little bit later just because it’s so hard right now to, you know, Corey’s got After The Bell, the New Day has their podcast, and there’s just a bunch of things currently going on, and so I think it’s just better that it’s later so that way there’s time for editing and making sure that everything fits.”

“I’ve been fortunate enough to interview people that I’ve looked up to in music and acting and everything like that, and it’s been a lot of fun. I’ve interviewed two of my childhood crushes which has been fun.”

Alexa Bliss’ upcoming podcast will certainly add another program to fans’ already long list of available content. It will likely be worth a listen just so we can find out what’s going on inside the Five Feet Of Fury’s head.