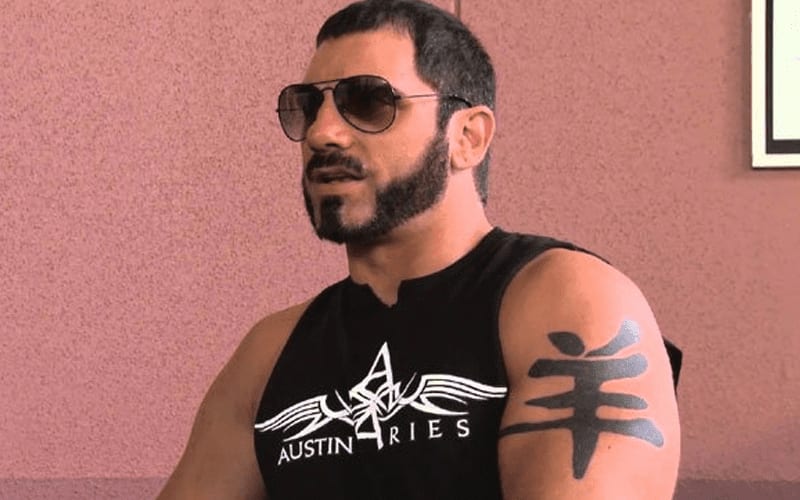 Austin Aries was the subject of multiple allegations during the #SpeakingOut movement. He is now addressing what was said about him.

Aries stated that he is not a sexual predator. He is happy that the pro wrestling world is addressing these allegations against so many people. He stated it is long overdue to expose “the dark underbelly of not just pro wrestling, but all of our society.”

He went on to explain that the character he plays on television and who he is in real life are two very different people. He condemns abuse and continued to express his sincere apology for anyone he offended.

“I’ve been reading, listening and reflecting. Our world has changed a lot in my 40+ years on this planet and my 20 years in the world of pro wrestling. Frankly, I’m happy we are collectively addressing some of these long-standing, not-so-secret dirty secrets, and exposing a dark underbelly of not just pro-wrestling, but all of our society. It’s long overdue, I welcome it, and I want to help move these discussions forward about abuse of power and our relationships, roles and responsibilities to one another as men and women.

To be able to do that effectively and have any credibility, I have to be transparent and I have to be honest about my own successes and failures in this space. I certainly haven’t lived a flawless life. I haven’t always said the right thing or made the right choice, whether professionally or personally. But let me be clear: I know who I am and who I’m not. I am not a sexual predator, I’m not a user, I am not an abuser.

Contrary to what some believe, the Austin Aries character that I portray and the man that I am are not one and the same. Now, more than ever, making that distinction is important. Daniel Healy Solwold Jr., the man that I am, condemns abuse of all forms and is here to join others in speaking out. I have nothing to hide. I’m here to listen and I’m here to talk. I want that responsibility, because ultimately that’s what will help me become a better person and help me leave this world, and the pro wrestling universe, a better place. I’ve seen and heard a lot in my two decades involved with pro wrestling that I’m not ok with. As products of our environment, it seems we have an opportunity to finally change that environment for the better. I’m all for it and I’m all in. If I was ever part of the problem, please know the sincerest apology I can offer is to be part of the solution.

The #SpeakingOut movement is looking to expose the aspects of the pro wrestling industry that make so many feel unsafe. Hopefully, the list of names will provide knowledge for people to help stop future instances of abuse and for others to realize that this kind of behavior is inappropriate.