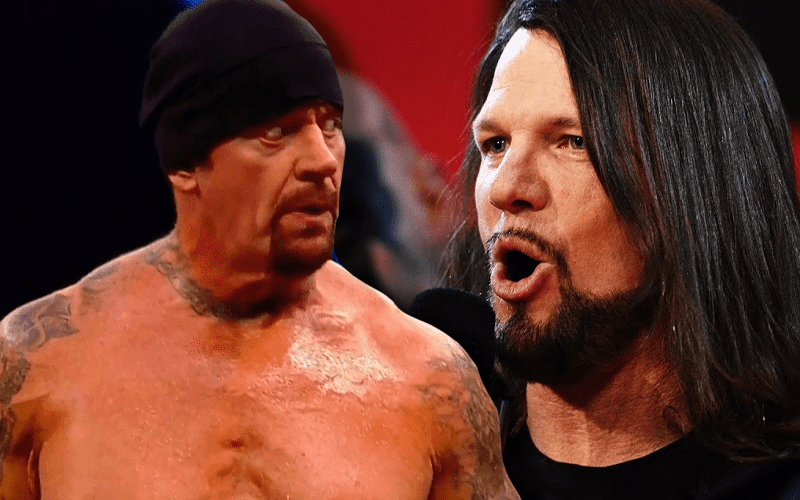 The Undertaker is retiring for pro-wrestling, and this time it looks like the Deadman might be done for good.

In the final episode of his documentary series “Undertaker: The Last Ride” Taker talked about his WrestleMania 36 match against AJ Styles and how he tried to rib the Phenomenal One.

Taker decided to team up with his close friend and boss Vince McMahon to pull a rib on Styles. The Deadman asked Vince to call Styles and tell him that their match at Mania wasn’t happening because Taker decided to work with someone else.

Styles then received a call from Vince and he was confused and furious. He then called The Undertaker and finally understood that he’d been ribbed by the Deadman.

Styles talked about the incident in the documentary:

“Vince, he goes (imitates Vince’s voice) Well, I talked to ‘Taker and there’s some kid in Tennessee he wants to get over and stuff like that. (In normal voice) I’m like what? He goes no, I’m serious, you probably need to call him. And then I called ‘Taker. ‘Listen, there’s this younger kid that I want to put over’. I was like bull crap, man! That’s bull. You know so they tried to rib me, but come on.”

AJ Styles got to be The Undertaker’s final opponent and that in itself is a huge achievement. Styles had revealed that he was honored to be The Phenom’s final match in the company.