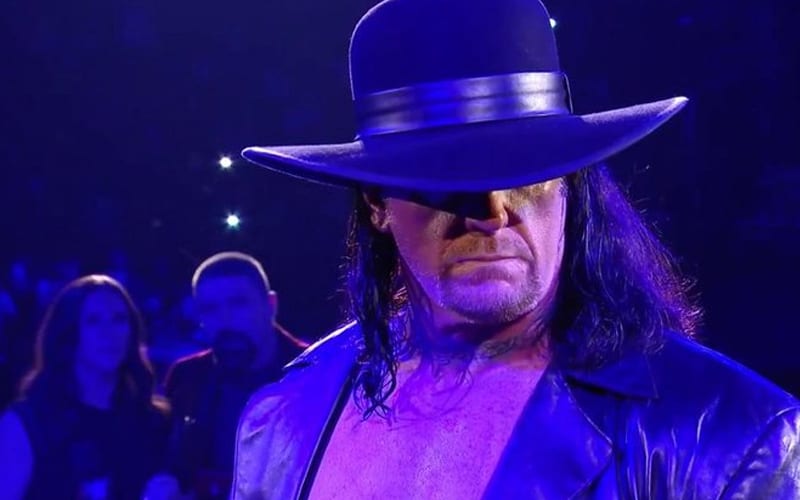 The Undertaker revealed during the final episode of the Last Ride docuseries that he is content with calling it quits on his WWE career. He will likely show up once again since he still has 15 years on his contract, but his in-ring career is probably done.

WWE made this announcement from Undertaker official. They tweeted out a graphic of The Deadman along with a very simple caption: “#ThankYouTaker for…” The graphic WWE included showed glimpses throughout The Undertaker’s legendary career.

Fans reacted to this announcement in a big way. Obviously, it is sad to see The Undertaker retire, but they are also very appreciative of what he gave to them during his career.

This might be taken with a grain of salt. WWE released an entire line of #ThankYouTaker merchandise following his WrestleMania loss to Roman Reigns. At the time, they really thought he was done as well.

This seems to be the real deal in terms of The Undertaker’s retirement. We will have to see if Vince McMahon calls him back or not. In the meantime, all we can say is #ThankYouTaker