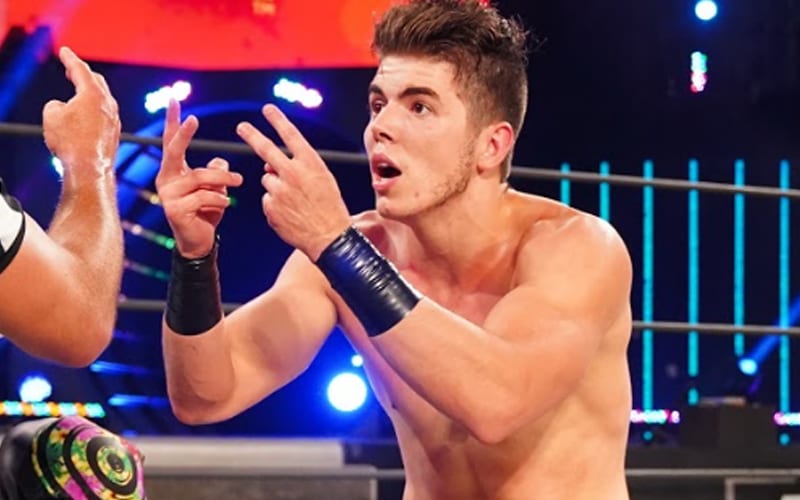 Original: Sammy Guevara might have been joking when he said that he wanted to “rape” Sasha Banks, but that is nothing to joke about. The #SpeakingOut movement pointed a spotlight on this past remark and Guevara’s name trended worldwide.

Guevara has responded to his previous statement. He admitted to making “stupid, inappropriate, and extremely offensive comments.” He said his mind is “idiotic” and he stated that he will never forgive himself.

I’ve made stupid, inappropriate and extremely offensive comments in my past. In my idiotic mind, I thought I was being funny in using words and terms that represent nothing but horror and pain. I am truly sorry for my hurtful words and actions, and I will never forgive myself.

His apology came very quickly and seemed heartfelt. At this point, we have heard nothing about AEW taking action against Sammy Guevara.

Guevara also tweeted out a separated apology to Sasha Banks:

I also want to apologize to @sashabankswwe for my unacceptable comments. She’s an amazing person who didn’t deserve to be the brunt of my offensive remarks. I spoke with her earlier & she helped me learn a gigantic lesson & I thank her for that. Once again, I’m sincerely sorry.

This is a very serious matter and more stories of past offenses and other previous statements are bound to surface. Keep checking back with Ringside News for more on this on-going story.