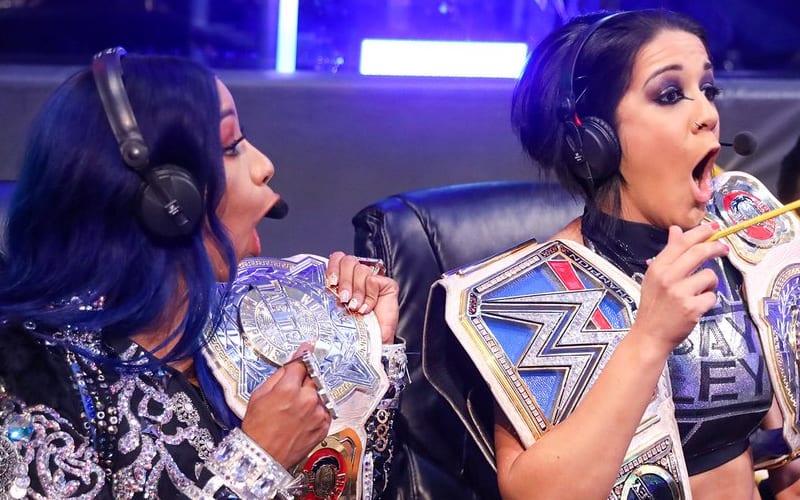 Sasha Banks is not a member of the AEW roster, but she is obviously paying attention to Dynamite. How else would she know that Chris Jericho and Sammy Guevara’s team is called “Le Sex Gods?” It doesn’t seem to matter, because The Boss still thinks she’s better.

Banks is very confident in her team with Bayley. Her heel persona called out tag teams before, especially those from a different company. That tactic saw her have an interesting conversation after saying that her team with Bayley is better than FTR.

“We’re better than Le Sex Gods,” was all Banks tweeted out, but it received an instant reaction from fans. They obviously didn’t expect to hear her take a shot at members of AEW’s Inner Circle.

This shot from The Boss was due to the fact that their WWE Women’s Tag Team Title match on NXT defeated AEW Dynamite’s ratings for that segment.

Le Sex Gods aren’t the only ones who found themselves in Sasha Banks’ cross hairs. Banks made sure that fans knew that her team with Bayley is also better than Michael Cole and Corey Graves as well as the Kabuki Warriors.

As of this writing Chris Jericho have let this one slide. There is still plenty of time for him to respond and start another round for the rumor mill. Sammy Guevara tweeted back wondering why Ricochet is tweeting him from a different account.