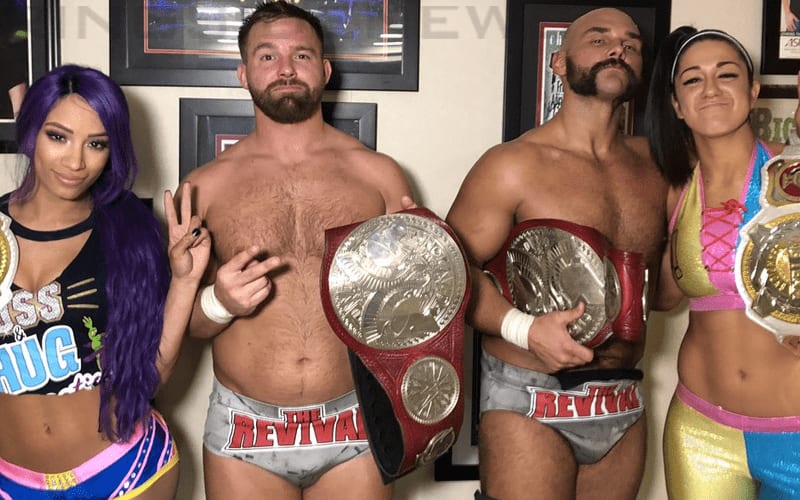 Bayley and Sasha Banks are the WWE Women’s Tag Team Champions once again. They are proud of that and Banks considers her team the greatest ever. She’ll have a hard time convincing a certain Top Guy.

The Boss tweeted out a photo of herself and Bayley. She said they are the greatest tag team of all time. Dax Harwood might have left WWE, but he’s always got time for Sasha Banks, especially if she’s making a claim like that.

The FTR member then tweeted out in response to Sasha Banks’ tweet saying:

Dude c’mon. I hope you forgot “Roll” on purpose…

Banks didn’t leave this tweet unanswered. “We’re better than FTR,” was her response. We’ll have to see how long they’ll tweet back and forth like this. An argument about who is better between those two could go on for a long time.

Sasha Banks and Bayley are set to defend their WWE Women’s Tag Team Titles against The IIconics on RAW next week. FTR is off to a good start in AEW and have appeared on Dynamite consistently since their debut.