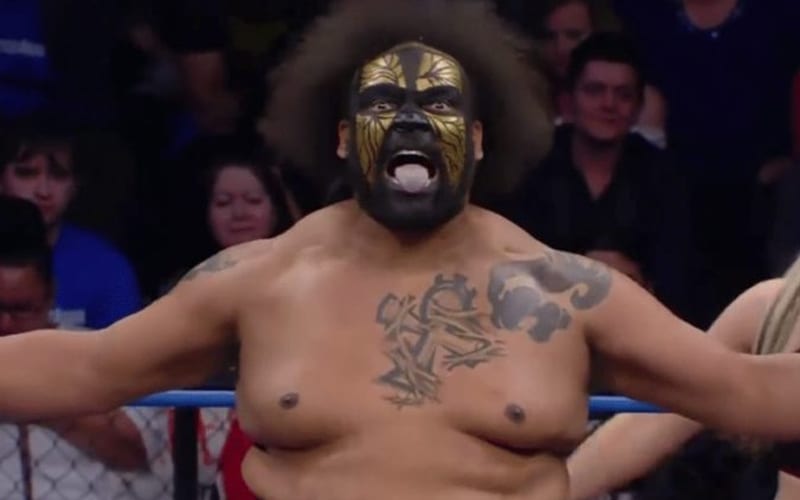 Update: Kongo Kong has since responded to these allegations and he apologized.

Original: Another story has been revealed as part of the #SpeakingOut movement. This time former Impact Wrestling star Kongo Kong is the subject.

Kyle Boone alleged that when he was 19 Kongo Kong took advantage of his inexperience in pro wrestling. This happened during his 5th show as a wrestler and he missed a “small spot” during his match. Upon entering the locker room, Kongo Kong started to scold him.

Boone shook it off and went out during intermission to sell some merchandise. He just got his first t-shirts and was excited when he sold one. Then he got back to the locker room, and Kongo Kong was there waiting for him.

“I went to the back, and Kong started yelling at me a second time. He was upset because I went out during intermission and didn’t stay in the back to sell his chokeslam. He demanded that I gave him all of the money I made. I explained that this was my first time selling merch, and he responded with ‘either show me your dick, or give me the money you made off of your merch.'”

Kyle Boone exposed himself, but Kong claimed that he didn’t see so he took the money too. Later on, Kong took all of the money Boone made that night along with the cash from other workers.

Boone captioned his account in the #SpeakingOut movement by saying: “This is NOT ‘paying your dues’ This is NOT ok. This is Assault, period.”

At this time Kongo Kong has not responded to this accusation. Kong left Impact Wrestling last year. He runs his own wrestling School in Bluffton, Indiana called Prof. Kongo Kong’s Pro Wrestling Academy.