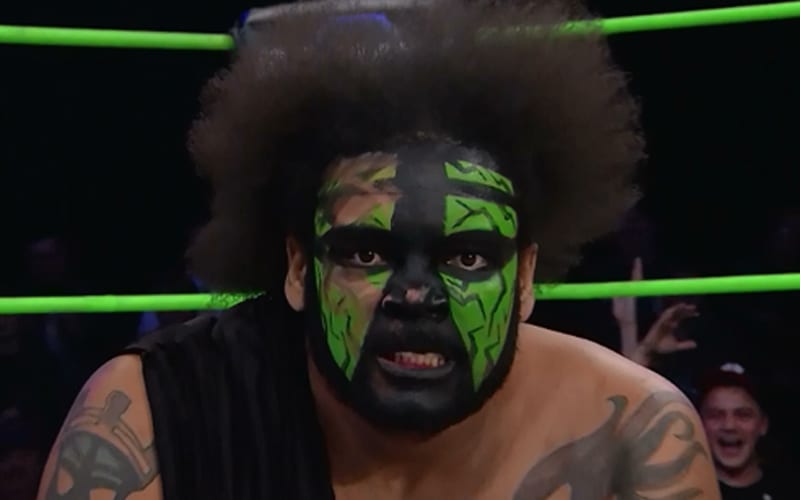 Former Impact Wrestling Star Kongo Kong was outed in the #SpeakingOut movement. It was alleged that he was abusive and stole wrestlers’ money.

Kyle Boone came forward with an account of abuse from an indie event. He stated that Kong got mad at him for going out and selling merchandise during intermission. Kong wanted Boone to sell his chokeslam so he shouldn’t have gone out.

When they got back to the locker room, Boone was allegedly given two options from Kongo Kong: “give me your money or show me your d*ck.” He showed Kong his privates, but Kong took his money too.

Kong released a multi-tweet reaction to this story from Kyle Boone. Kong considers it a case of backstage ribbing, and he only picked on people if he saw something in them. He also sincerely apologized.

@TheKyleBoone We live in a different society than when I started in this business and back then, it wasn’t uncommon to rib rookies. I certainly didn’t intend for it to hurt you at all, let alone as bad as it did. I sincerely apologize for hurting you so bad. Our relationship

since then and up until now gave no indication that there was any animosity between us as it was all hugs and smiles, that I knew of. We’ve even worked together since then, at my request and you were taken care of during said matches. If I had any clue that you felt like that,

then I definitely would have squashed it then. As I told all of you young ones I only pick on people I like and see something in. Again, never my intention to hurt or scar you by any means and I sincerely apologize. I hope we can hash this out between us like adults.

All #SpeakingOut stories are troubling, but hopefully, it will go on to help create a much safer space within the pro wrestling landscape. There are a lot of stories so far and more might be to come. Keep checking back with Ringside News.