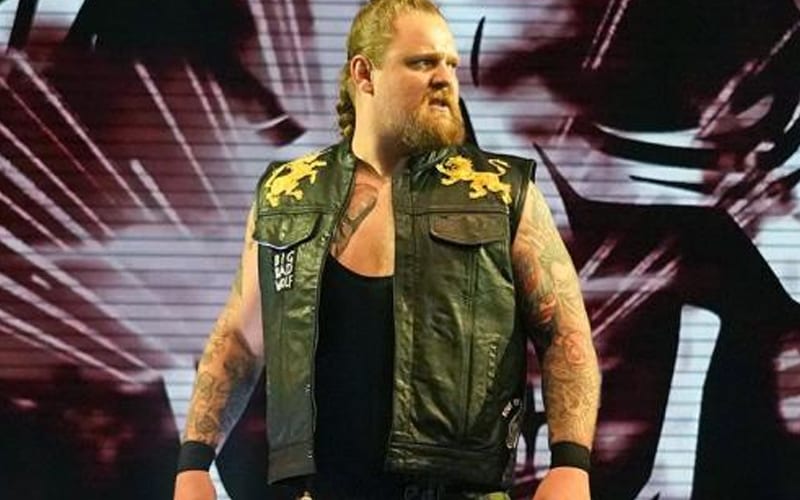 The #SpeakingOut movement is continuing on social media and another NXT UK Superstar is the subject of accusations. Wolfgang has now been accused of some pretty horrendous acts.

She alleges that Wolfgang was “extremely emotionally manipulative,” but not physically abusive. There were also occasions when she found pictures of “school girls” on his devices and camera cards.

I’m not one for posting so publicly on the internet but today I woke up to a message from a close friend with regards to the #SpeakingOut movement in the wrestling scene on Twitter and I have carried this emotional burden with me for years and have since battled with self-harm, mental illness and I’m yet again on the waiting list to see psychologist, I feel like it’s time to share my experience.

I was involved in professional wrestling for about 5-6 years a trainee and a valet. In that time, I was engaged to a now WWE NXT professional wrestler, Barry ‘Wolfgang’ Young. During this period, I was an absolute shell of myself due to the emotional abuse I suffered in that relationship. He wasn’t physically abusive with me in that time but he was extremely emotionally manipulative and I caught unsolicited photographs of school girls on his laptop and on his camera memory cards from several occasions, including one he admitted to driving to St. Mungo’s Academy and waiting for the school to finish and proceeded to take photos of school girls as they left. I know a lot of people will be incredibly shocked by this due to the ‘Good guy, couldn’t do more for you’ facade and probably will be a lot of questions regarding why I didn’t come out sooner – but I was so fucking emotionally abused that I feared for my life and it’s taken me a very long time to realize I wasn’t at fault.”

As of this writing, Wolfgang has not responded to these accusations against him.

These accusations against Wolfgang join so many more that have come out in the past 24 hours. The stories might continue as companies like Progress are now encouraging victims to speak out.

One reason why some victims didn’t come forward is out of fear of reprisal. Now that they have the pro wrestling community behind them that dramatically changes things.