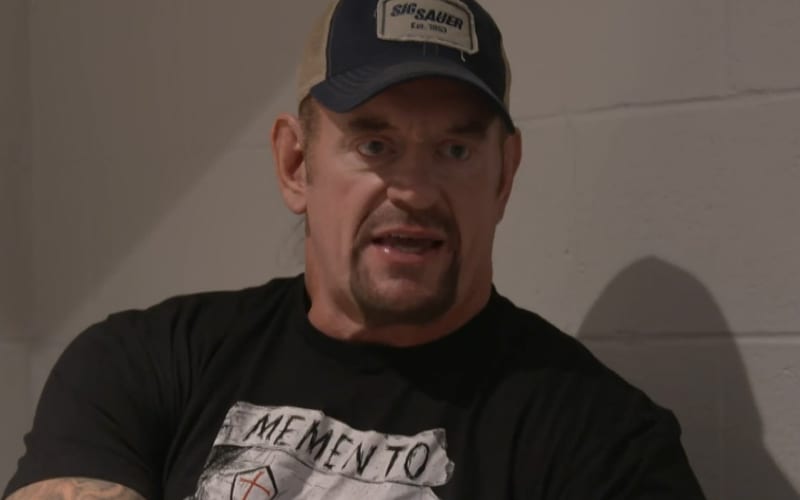 The Undertaker has seen it all in the pro wrestling business. He was paying very close attention to Edge and Randy Orton’s match at Backlash.

Edge and Randy Orton performed in the Greatest Wrestling Match Ever at Backlash. The original plan for that match was to hold it at SummerSlam as first exclusively reported by Ringside News. Some fans might not have loved what they did in the ring, but it brought a tear to Taker’s eye.

The Undertaker stated on After The Bell that modern wrestling pushes the envelope too much, but Edge and Randy Orton were able to do something that showed their willingness to sell and not go spot after spot.

“There are positives and negatives. I think on the grand scale of everyone, the athletes of today are like comic book stuff, super hero stuff on what they can do. But, I think they rely too much on that aspect of their performance and not enough on their character and their willingness to sell and to make things mean something. Prime example, last night at Backlash. Edge and Randy, honestly, it almost brought a tear to my eye because I haven’t seen that type of wrestling match in so long.”

“That is what professional wrestling is, or what it’s supposed to be, in my opinion. It’s great being able to be as athletic as all these guys are. But, at the end of the day, it doesn’t mean anything because when you rely on all that athleticism and rely only on that athleticism, you continually push the envelope on our audience.”

“They are going to get desensitized to the double backflip off the top to somebody on the floor. They are going to see it a couple times and then go, ‘ok, I’ve seen that, now what do you have for me.'”

“So now you have to continually push the envelope athletically and it puts you at a higher risk for injury. It’s self preservation. You have to work smart to make this last. That doesn’t mean you take the day off. You can work hard, and you should work hard every night. But, you have to work smart. I think the guys right now are relying too much on athleticism and not enough on storytelling.”

Edge and Randy Orton were able to do something impressive in their match at Backlash. It was an epic encounter that lasted over 40 minutes. Then Edge was injured while doing re-shoots that Vince McMahon wanted to pick up after the match was over.

Hopefully, some of the wrestlers today working a riskier style will take some of The Undertaker’s words to heart.