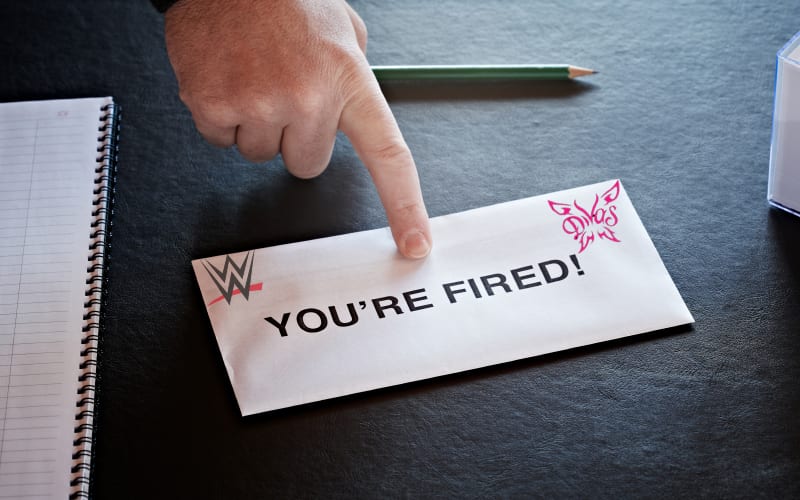 WWE can sometimes be a difficult environment to succeed, especially if the idea is passed along that you’re difficult to work with. Kristal Marshall recently spoke to Ring The Belle and she said that is what happened to her.

Kristal Marshall was part of WWE from 2005 to 2007. She entered the company as part of the Raw Diva Search. She didn’t win the Diva Search, but Marshall was signed and sent to Deep South Wrestling. Marshall was eventually called up to the main roster where she was in angles with Jillian Hall, Eddie Guerrero, The Miz, and others.

She was fired rather unceremoniously in 2007 and she has a very good idea why it happened. Marshall discussed the fact that WWE is not alone in labeling strong women of color as a problem. Things are changing, but she continued to elaborate on this issue.

“I’ve been in the entertainment business for a long time in different facets of it, and this is not a WWE thing,” Marshall noted. “Across the board, in entertainment for a very long time, there has not been a representation of attractive, powerful, smart, beautiful women of color. There just hasn’t been.

“So to sit here and say that “oh it’s just WWE,” it’s not. It’s not. But the thing is the world now is diverse. The world now looks like you, it looks like me. It looks like many other people who are multi-ethnic and I think that this is the first time that I can say I think that they are doing a great job. It is diverse. It is changing. You don’t see a bunch of people with perfect bodies. There are all kinds of different body types, shapes, and I’m for it.”

She then stated that her eagerness to learn what was going on backstage in WWE led to her being labeled as someone who wasn’t afraid to speak her mind. Marshall isn’t afraid of being strong and standing up for herself, but it was apparently an issue backstage in WWE.

“I wanted to get more information on [the Teddy Long storyline]. I couldn’t for whatever reason,” Marshall revealed. “I didn’t know anything about the Edge storyline. They were keeping a lot under wraps from me. I inquired about what was going on, and I think sometimes what I’ve learned through life is when you’re a woman and you’re outspoken, and you’re an advocate for yourself, you get labeled as difficult.

“You get labeled as hard to work with and people don’t like that. Unfortunately, I am not a fall-in-line kind of person. I’m gonna speak my mind, and I feel like the problem with up is that I was just starting to get to know the higher-ups on a more personal level and It was bad timing on my part.

“I should have probably gone more with the flow and just waited until I built more of a relationship to voice some of my concerns. And ultimately that worked against me. Sometimes you do have to shut the f*ck up, and just wait until you can get to the next position to where you can speak it up for yourself.”

Learning how to “shut the f*ck up” as Kristal Marshall put it can sometimes help people get to the next step. Then it is possible to have even more influence.

Kristal Marshall was able to speak about things with a smile on her face years later. There was a time when her personality worked against her.