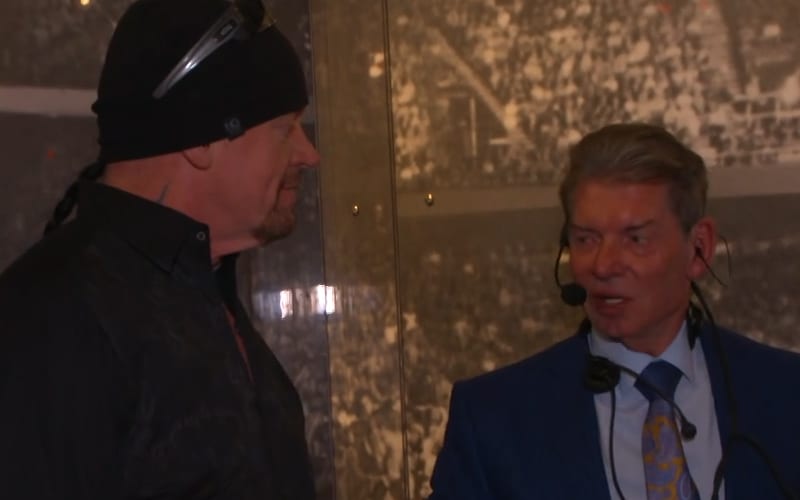 Vince McMahon has a very direct way of speaking to people. That almost caused The Undertaker to “knock him on his ass” in the past.

The Undertaker never left WWE even when WCW was beating them for 83 weeks in a row. There was a time when Taker considered a jump to WCW, but he didn’t go through with it. That strengthened his friendship with McMahon even more.

“[Vince McMahon] is one of the few people that can say things to me where I sit down and say: ‘Okay.’ I mean he flat out told me I had a whole mess of personal problems going on in my life. It was really affecting me and my ability to perform and my ability to want to go and perform. I mean I was consumed with, and rightfully so, but not to the point where it had taken me. Vince straight up pulled me into his office one day we started talking about it and he looked me straight in the eyes and said: ‘Mark you need to stop feeling sorry for yourself.’ I’m like ‘what?'”

“He said ‘you need to quit feeling sorry for yourself and get your ass out there and do what you’re supposed to do.’ Even then I was like I had the urge inside of me like to get up and knock him on his ass, but then as I was processing all of that I knew he was right.”

The Undertaker and Vince McMahon’s relationship runs deep and means a lot to both of them. This is why Vince McMahon took it so incredibly hard when Taker agreed to do Starrcast.

WWE recently signed The Undertaker to a 15 year contract that will see him with the company until he is 70 years old. Odds are he won’t be wrestling that long at all. That should show how much Vince McMahon wants to make sure that he takes care of someone who was there for him through it all.