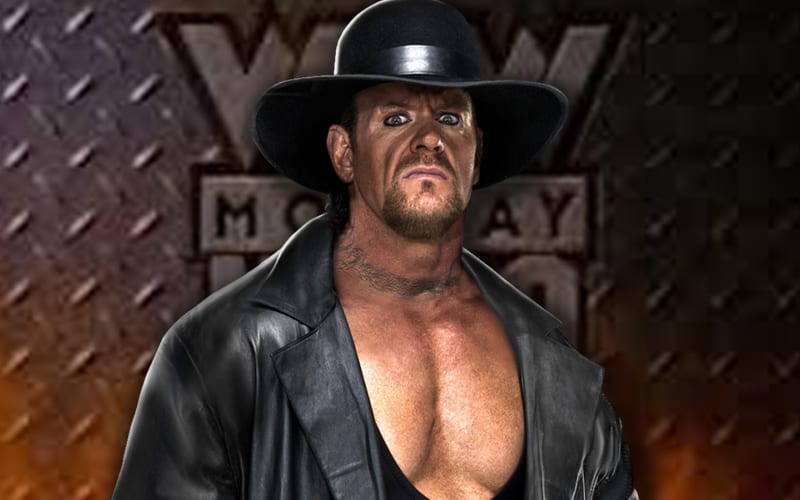 The Undertaker is very loyal to WWE. He stated during the most recent episode of the Last Ride documentary that he never once considered showing up in AEW when he agreed to do the Starrcast event.

The Monday Night Wars were a very different time for WWE. The company was fighting against WCW and struggling at times. Things were apparently bad enough that Undertaker considered changing sides.

Not Sam Wrestling recently spoke to The Undertaker. During that conversation, Taker admitted that there was a time when WWE’s bad creative made him really consider WCW. He was frustrated with the company at the time, but he obviously didn’t pull the trigger on the idea.

“Yea, there was a time I was so frustrated with our creative direction. We had a bunch of really goofy characters. They (WCW) are down there doing real angles. It was common knowledge that they opened up the checkbook. I was hearing guys talking about the money they are making. You would be able to get a good check and stay at home most of the time. Those thoughts were there. But, when it got down to it, I said I can’t. Obviously I’m not the best businessman but something inside me said you can’t leave here.”

“One, when I was there, and although the management had changed at this point, I went in to renegotiate a contract. I had been there for 8 or 9 months. My deal was coming up. I was trying to get a little bump in the money. I was on the bare minimum deal. I wasn’t looking to break the house. I went in and met with Jim Herd, Ole Anderson, and Jim Barnett. They looked at me straight in the eyes, and said you are a great athlete, but nobody will ever pay to see you wrestle. My loyalty to Vince was stronger than the short term cash I could have made if I left.”

WWE released a mockumentary about The Undertaker’s jump to WCW. It is fun to think about now, but we also have to wonder how things would have really played out.

The Undertaker’s persona is owned by WWE. If he made the jump to WCW that Deadman character would have stayed with Vince McMahon. In the end, The Undertaker made the best decision, but we’ll never know how his help could have assisted WCW in the Monday Night Wars.