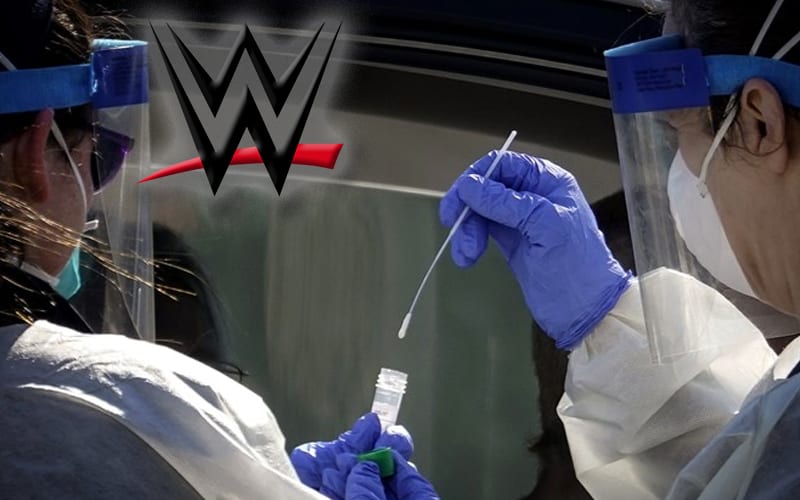 WWE ran company-wide COVID-19 testing yesterday. It was quite an experience with a lot of hold-ups. This didn’t make the Superstars very happy.

The company didn’t inform their Superstars about this latest positive case of coronavirus in WWE. They also did not let them know that actual live fans would be in the building this week. They were not “paying fans,” but “friends and family.” It still wasn’t something that the Superstars knew about.

PW Insider reports further that some WWE Superstars are unhappy about the way WWE handled the situation with bringing in outside fans. Those individuals are impossible to trace, especially in a situation where contact tracing might be imperative.

We are told by some that they were upset that cited that WWE did not inform them before the taping that anyone from the “outside” would be in attendance, given that they were in and around WWE talents over the course of the taping, sometimes without masks.  One talent noted they were not aware anyone but NXT talents were in the PC until they went out before the crowd and saw older faces that they knew could not be signed NXT talents.

The company released a statement on why masks were not worn on WWE television. They didn’t say anything about fans having the option to wear them. It was simply said that masks weren’t needed. They also stated that social distancing was kept at all time, but it was clear by watching the show that wasn’t the case.

We’ll have to see how WWE handles live fans next time. We have heard nothing about them bringing back “friends and family” or their tapings.