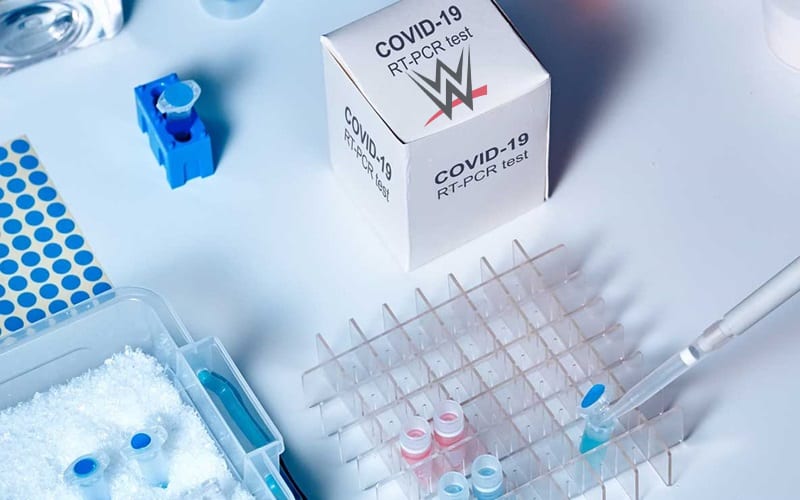 WWE tested all of their Superstars and staff on Tuesday following the discovery of a positive coronavirus test in their developmental system. The last time this infected wrestler was in the Performance Center was June 9th.

WWE Superstars are also very concerned about their families through this experience.

The company did not conduct any prior coronavirus testing. They were doing medical screenings before anyone could enter the WWE Performance Center. PW Insider reports that the company had a disorganized situation to deal with the testing.

It was reported that a “huge gathering” took place at the WWE Performance Center. It was also chaos from the beginning.

There was a huge gathering this morning at the WWE Performance Center for testing, which was described to us by several as disorganized at the onset of the process.

Some said that there was no issue getting the COVID-19 test completed. It was a slow process getting started as WWE figured out how to get things going.

It was told to Ringside News from a source in the company that they “cannot say it was a fast process.” Obviously, it was a very hard day for a lot of people in the company.

Now they will wait for their results to come back. Hopefully the company doesn’t discover any positive tests.