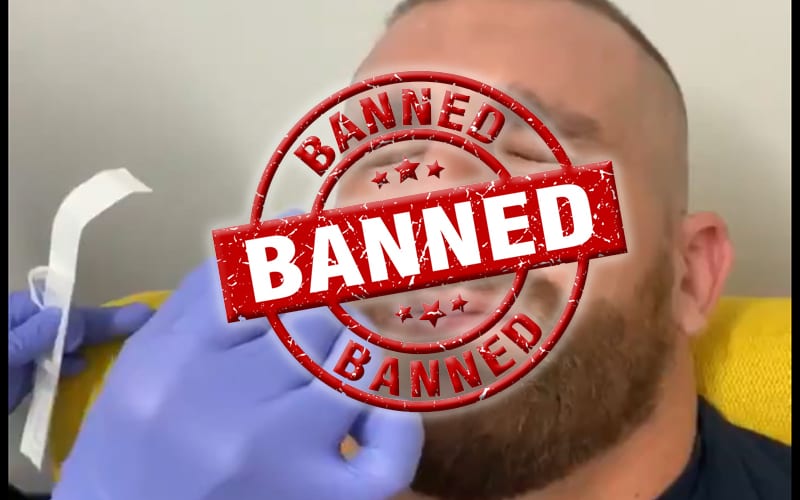 WWE discovered a positive coronavirus test in their developmental system. This caused the company to make some big changes to their plans.

Ringside News was first to exclusively report that WWE moved television tapings back. Then the COVID-19 test results did not come back in time today. WWE had to postpone their plans to hold SmackDown’s tapings until June 26th.

During Wrestling Observer Live, Bryan Alvarez noted that WWE Superstars were told that they are not allowed to snap any photos of the testing process. It’s unclear why they’re not allowed to take photos, but this also applies to the outside of the building.

“The only other thing I was told was people are being told no photos of the testing process what’s going on outside the building none of that. I don’t know why. That’s just what they’re told. So that’s the update as of right now.”

Mojo Rawley uploaded a full video of his COVID-19 test. You can click here to see that footage. Apparently, this went down before WWE sent out an edict that photos are prohibited.

There has to be a reason why they don’t want people to see what’s going on. What do you think WWE is trying to hide? Sound off in the comments below!