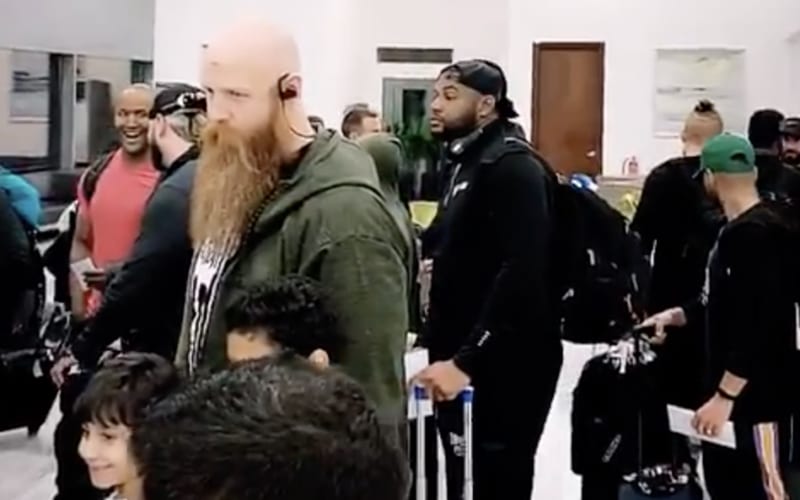 WWE saw a class action lawsuit filed against them claiming that the company hid issues they were having with Saudi Arabia. Now WWE’s attorney has fired back at those allegations.

Please click here for all of the details concerning what was alleged against WWE. An anonymous WWE Superstar provided a testimony about armed military personnel, problems with the Saudi Crown Prince, and the term “hostage situation” was also used.

WWE attorney Jerry McDevitt has responded to these allegations in the lawsuit. He is denying them and released a statement to Forbes on the matter.

“These false allegations were originally made in two suits filed by two different law firms. After the Court appointed a third firm to be lead counsel, WWE provided all three law firms with specific detailed facts from the persons with actual knowledge of the situation, including the phony allegation about the plane.”

“The first two law firms then dropped their lawsuits to avoid sanction motions, but the third firm chose to ignore the specific facts they had been provided, and instead cited an unnamed disgruntled former wrestler with no knowledge of the facts. WWE is preparing its response to the lawsuit and will be moving to have it dismissed.”

Another witness in the lawsuit is from the Saudi Arabian television company that WWE was working with. It was said in the lawsuit that WWE wanted an outrageous amount for their content and a number could not be reached. This was about the time when WWE told investors that they were very close to securing a deal with Saudi Arabia.

This is still an on-going lawsuit, but WWE seems very confident that they will win.