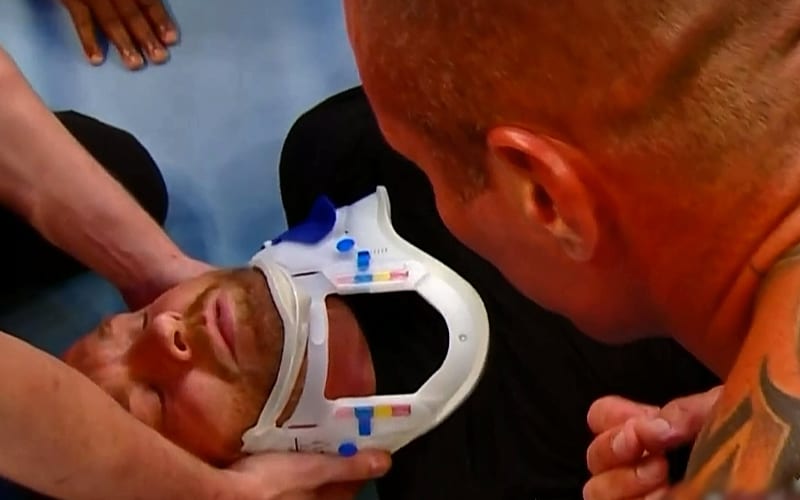 WWE Raw started off with the return of Christian this week. Randy Orton laid down a challenge for an unsanctioned match which Christian later accepted.

During the main event segment on the show this week, they were set to start the unsanctioned match. Ric Flair came out and he tried to stop Christian. Then Captain Charisma told Flair “I have to do this” before the match started.

Flair immediately hit Christian with a low blow which allowed for Orton to take advantage of the situation. The Viper landed a punt to the head and that was the end of the match.

Orton slowly pinned Christian and picked up the win. RKO then leaned over Christian and told him that he didn’t want this to happen. He told Christian that this was all his fault as he questioned “why are you here?!”

EMTs then slid in the ring and tended to Christian as the show went off the air.