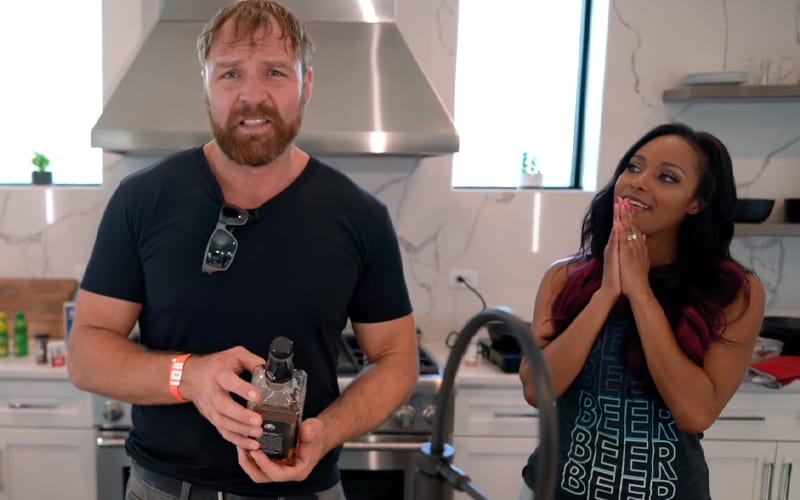 Jon Moxley is having a lot of fun in AEW. This includes making an appearance on A Shot Of Brandi.

The AEW World Champion joined Brandi Rhodes on A Shot Of Brandi. He opened up about the proper way to make whiskey and coke. He also gave his honest opinion about the intricacies of a wedge salad. Nobody’s eating a wedge salad or the lettuce, “what am I, a rabbit?!”

Jon Moxley stated that he feels like everyone on AEW is on one team. Then he asked if someone makes bacon candles because the smell of cooking bacon is so great.

A Shot Of Brandi recently had Orange Cassidy on as her guest. It is worth a watch as well because Freshly Squeezed really stepped out of his usual quiet character.

Moxley and Brandi had a great time drinking whiskey and the former Dean Ambrose had plenty to talk about. He told a great story about his dog causing chaos and he used the entire kitchen to act out the narrative.

You can check out the video below to watch Brandi Rhodes really enjoy her time with Jon Moxley.