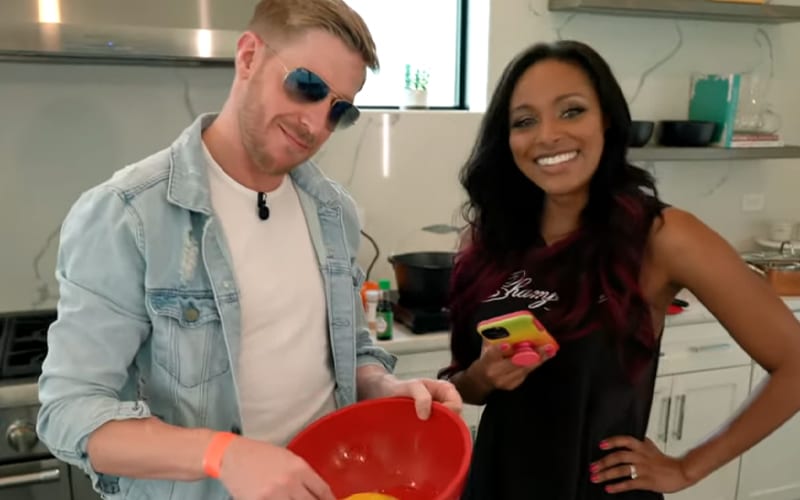 Orange Cassidy doesn’t speak very often, but things changed when he took a Shot Of Brandi.

Brandi Rhodes just dropped a new episode of her YouTube cooking show. This time she had Orange Cassidy on as a guest and he showed a side of himself that AEW fans never see.

Cassidy and Brandi had a great time drinking what Brandi said was gin and juice while cooking orange chicken. They were actually drinking screwdrivers, obviously.

The entire time Orange Cassidy spoke freely and dropped his usual AEW persona. He admitted that “this is the most I’ve opened up on recorded media.”

They discussed The Office, MJF, and Brandi’s inability to measure things properly. Brandi asked Cassidy to talk about his personal life, but he changed the subject quickly.

Cassidy kept his sunglasses on, but he spoke far more than we’ve ever heard before. He was a good assistant for Brandi as they cooked and had a lot of laughs. You can check it out below.