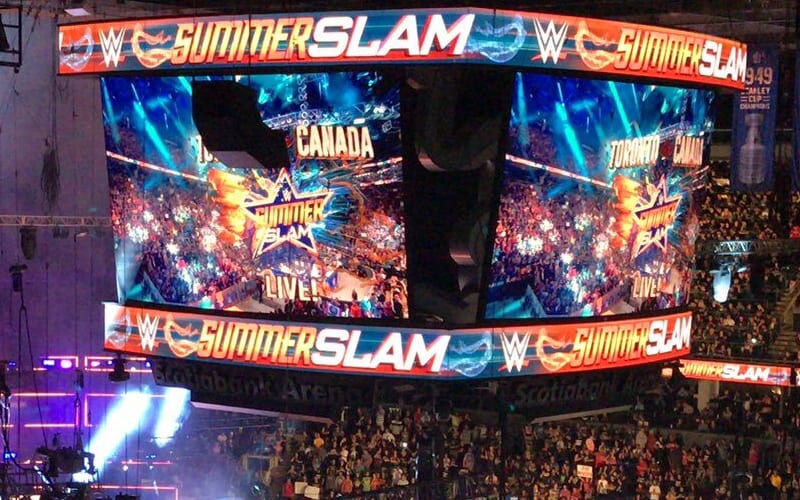 WWE had to nix all live events with fans when the novel coronavirus swept America. A second wave of COVID-19 is still a fear for a lot of people, but WWE is hoping that live crowds will return by the end of summer.

PW Insider reports that WWE is now looking toward the end of the summer to have live fans once again. This could mean that there are only a couple of months left without live fans in the building.

We are told that the company is hoping, if all works out, to be prepared to hold live events by the end of the summer.

The company is hoping that they will be able to run events out of the WWE Performance Center and Full Sail Area with fans by August. That could meet the time frame for a Summerslam with actual fans. Some are under the idea that August is getting their hopes up.

The entire process has been described as being very “day to day” with plans and strategies quickly changing as the company works to establish different contingency plans.

WWE’s NXT Superstars and Performance Center trainees have filled in for fans in the meantime.

When live fans do return WWE likely won’t have the opportunity to stop taping and do re-shoots like they do when the crowd is on their payroll. The idea of twelve-hour days for paying fans also sounds like something that could get old very fast.

It will be an interesting time as WWE transitions into a new normal. Don’t expect those Plexiglass hockey boards to go away any time soon.