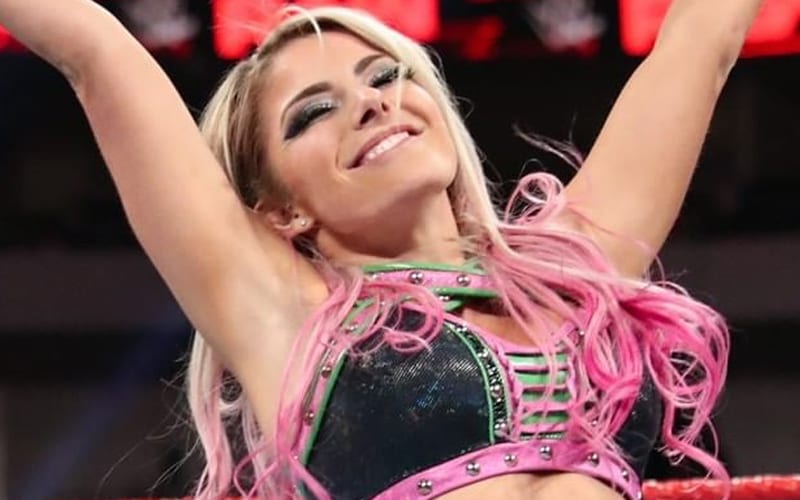 WWE has many multi-talented members on their roster. Alexa Bliss recently received a gift from Ruby Riott thanks to Ruby’s secret talent.

The former Riott Squad leader is very good at art as well. She recently drew something for Alexa Bliss that captured another side of the former Women’s Champion.

Bliss tweeted out an image of the drawing that Ruby Riot did for Bliss. The artwork is of Bliss, but she has many more tattoos. Bliss absolutely loved it.

Ruby Riott is amazing . She made this for me. Pure talent. I love it! thank you !!!!

Bliss actually has quite a few tattoos, but they’re all white. Click here to check out a huge piece she got not too long ago.

Alexa Bliss’ Twitter account is still on lockdown. It’s by choice because she found all the harassment too much to handle. It’s hard to blame her because Twitter can be an unholy cesspool of unnecessary venom. That being said, we took screenshots of her tweet and Ruby Riott’s amazing artwork. You can find those below.

WWE is taping tonight’s RAW today. We can only hope that Ruby Riott gave this gift to Bliss during today’s tapings. That could mean that Ruby Riott will be seen once again on television. The Riott Squad have languished considerably since their premature breakup.