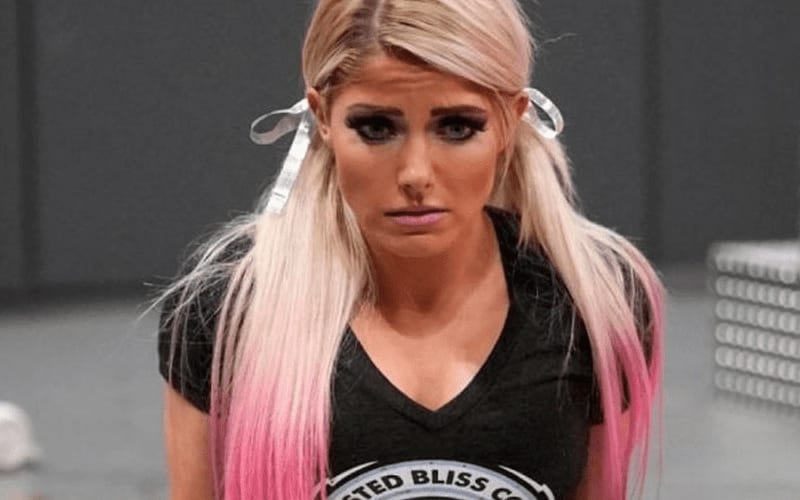 Alexa Bliss had enough of the negativity on social media, especially Twitter. She’s taking a break from letting so many people in and now she’s focusing on her mental health.

Bliss locked her Twitter account and some fans were concerned. The new private setting means that her existing followers can see her activity, but others can’t read her tweets.

One fan tweeted out to Nikki Cross asking if she could report on Bliss’ status. They just wanted to make sure that everything was okay with the Five Feet Of Fury.

Alexa Bliss answered this fan’s question personally. She tweeted out that she’s fine, but she’s just taking some time to focus on herself. The harassment she kept receiving just got to her.

I’m fine, just tired of the harassment. Focusing on my mental health at the moment. Everyone stay being kind out there

Alexa Bliss is slated to compete on Sunday at Backlash. She is teaming with Nikki Cross to take on The IIconics and Sasha Banks and Bayley with the WWE Women’s Tag Team Titles on the line. Perhaps that extra time to focus on her mental health will do her good to prepare for her big match.

Since we can no longer embed Alexa Bliss’ tweets due to her status change, you can find a screenshot of her latest post below.