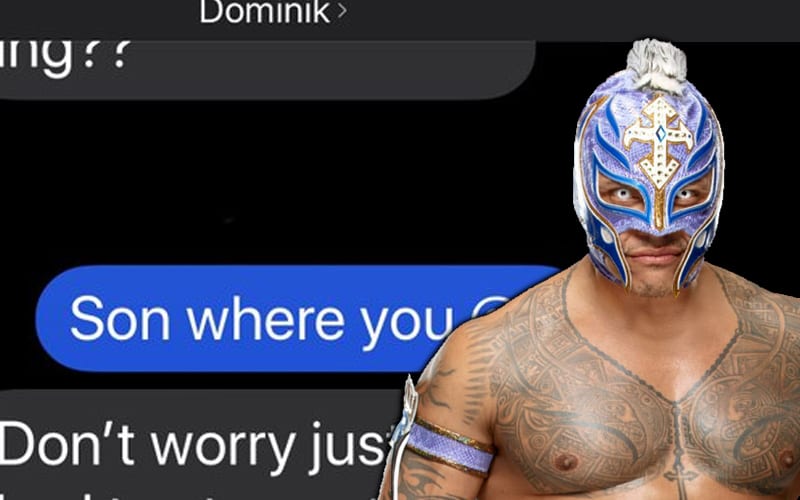 WWE RAW will feature the return of Dominik, but it’s not something Rey Mysterio is looking forward to. It looks like Dominik took Seth Rollins up on his invitation and he did not get his father’s permission either.

Mysterio tweeted out some screenshots showing what he says is a text communication between himself and son Dominik. These texts show that Mysterio and his wife are worried about their son.

Dominik was on his way to the WWE Performance Center whether his father wanted him to go or not. He intends on fixing their problem.

There comes a day as parents, we no longer make decisions for our children, they make decisions for themselves. @WWERollins, this is between me and you. Don’t bring my son into this. He’s reacting from anger to defend his father. One day, you’ll know what I mean.

It appears that Rey Mysterio won’t be on RAW this week, but Dominik will be. Seth Rollins seems to have gotten to Dominik’s head. Dominik intends on fighting for his family’s honor against the Monday Night Messiah, or at least that’s how it appears.

A lot of fans foresee that this will eventually end with Dominik turning on his father.

You can find the texts screenshots below to see how that conversation evolved into Mysterio being very worried about his son.