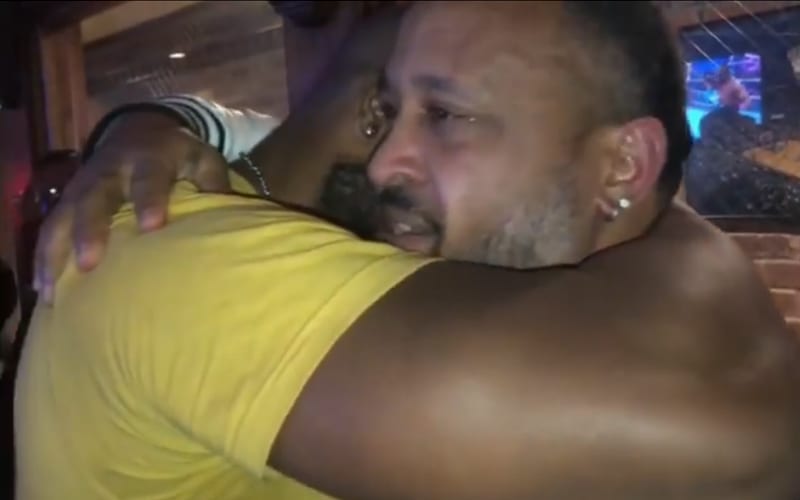 Shad Gaspard died tragically as he was trying to save his son during a riptide situation at Venice Beach. Shad’s death was tragic and a lot of people took it really hard, especially MVP.

While on WWE The Bump, MVP revealed how Shad Gaspard’s passing hit him personally. He would often call Gaspard and discuss stories about fatherhood. Now those conversations are no longer possible.

“It’s been rough. Shad was what I used to refer to as my ‘annoying big little brother.’ The circumstances surrounding his passing were extremely tragic and being a father it hit me pretty hard specifically because he was one of the ones I used to discuss the relationship with my son and the blossoming experiences of being a dad so for him to give his life in those circumstances it exponentially made things harder.”

Shad Gaspard and MVP shared a lot of time together. They were close friends and MVP wore a t-shirt on RAW this week to celebrate Gaspard’s memory. The video of the two celebrating Kofi Kingston’s WrestleMania victory went viral. That certainly wasn’t the only time they spent together.

The pro wrestling world will miss Shad Gaspard for years to come. His widow promised that his dream of producing a series called Pinfall will happen. Mick Foley also promised to do whatever he can to make sure that dream becomes a reality.