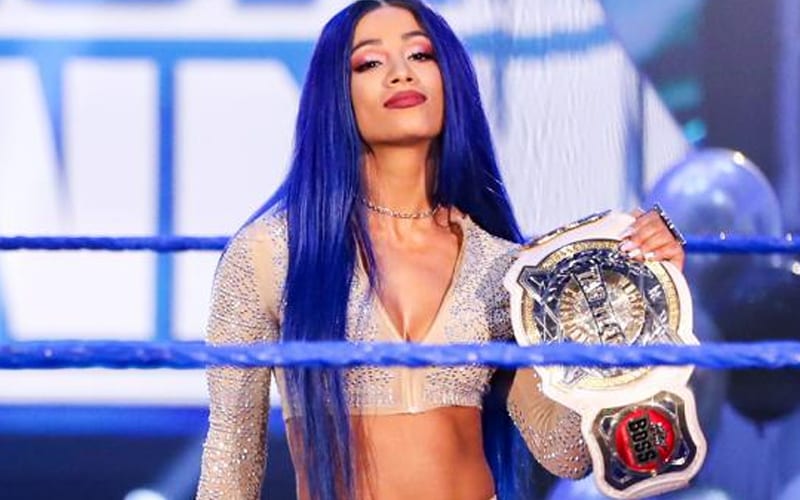 Sasha Banks started off her WWE career in NXT with fans calling her ratchet. At least they were calling her something. She learned how to use any attention and turn it into money.

While on WWE The Bump, Sasha Banks addressed her haters. It doesn’t matter if they spout venom at her online. At least they’re typing her name in which keeps her in the conversation.

“I am the conversation I am the blueprint I am the leader I am the legitimate Boss for a reason. Talk about me! There is a reason why I’m the most famous Four Horsewoman. I have the most followers, baby. I’m the best of the best so keep on following me.”

Sasha Banks doesn’t mind if people love her, or if they hate her. The only thing that matters to Banks is that they are talking about her. That’s what she wants them to do and it seems like her plan is working.

Banks is teaming with Bayley once again to defend the WWE Women’s Tag Team Titles at Backlash against The IIconics and Sasha Banks and Nikki Cross.