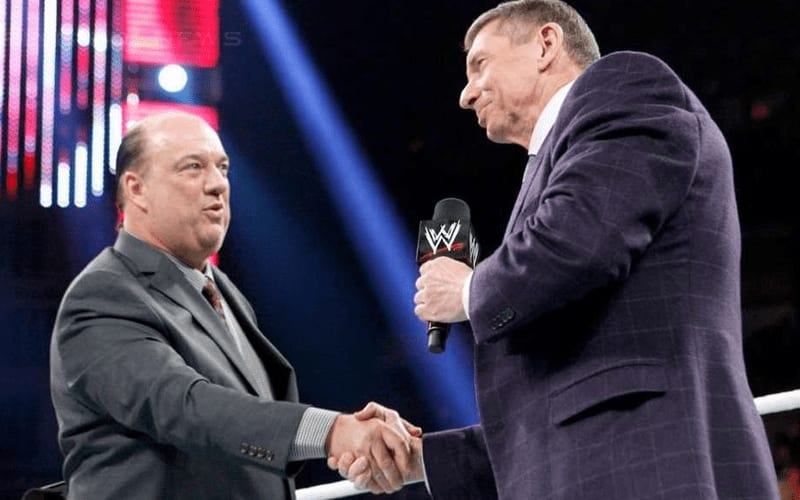 Paul Heyman was axed from his position as Executive Director of WWE Raw. It didn’t take long for a rumor to get out saying that Vince McMahon doesn’t like Paul Heyman. What’s the real situation?

Ringside News has been told that the narrative that Vince McMahon doesn’t like Paul Heyman is exaggerated. We were told that the impression was that McMahon “very much respected Paul Heyman.”

Additionally, we were told that Heyman and McMahon seemed to be aware of the story that there was animosity between them. A source in the company told us that “Vince will play along with it.” In a fact, Paul Heyman even joked about this rumor during production meetings.

The two appeared to have a “true mutual admiration” for each other. They also did not clash in front of anyone.

It’s unknown what was said in private meetings between just to two of them. We do know that “they were very mindful of each other’s standing with other people in the room.” In the end, they “always showed each other a lot of respect in front of people.”

Hopefully, this is able to paint a better picture of things backstage.